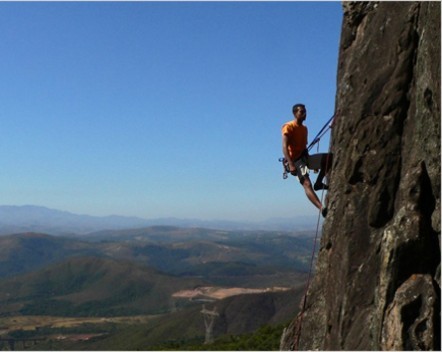 Capitalism has certainly changed a lot since those days when portly guys in buckled shoes and silk stockings sat around in tea houses and reinvented human interaction. Venture capital has emerged as one of the leading devices in that ever-spinning, ever-faster machine that has taken capitalism well beyond the concept of Adam Smith’s world.

For some it has become (unfairly) associated with Gordon Gecko types sucking the life out of perfectly good businesses and piling money higher than any human will ever need. Some see it as unfair.

You might lose control of your baby. VC operators may look to have a greater degree of management and strategic input and power than you may feel comfortable with. This can change the shape of your concept, turn around the management ideas you have and take the company you started in your basement in a direction you never really wanted.

You might lose money. Profit sharing often comes with VC investment. So dividends that you see yourself drawing on from your great idea may fall short of what you had hoped. Dreams of Zuckerberging your way in the world, being the world’s youngest billionaire and so on, may have to be rethought.

Bottom line, you might get squeezed out altogether and left with nothing. It can happen. Welcome to the real world.

So, all this may seem unfair. In most cases it probably is. VC funding can be seen by some as a path to overnight wealth, something like a lotto win – but that beautiful thing you have nurtured in your mind and tentatively brought out into the light can simply be another cog in someone else’s grand plan. It may get broken and discarded.

That’s capitalism; it isn’t isolated to VC. Capitalism is built on risk and the best antidote for the fear is understanding. In comprehending the risks, you are already on your way to grasping success.

The task for a potential recipient of VC funding is to set values and parameters and to communicate needs. When finding VC partners you also need to be able to understand the goals and parameters they set, it’s about knowing where they’re coming from. In communicating openly and clearly, the risks and benefits of a VC relationship can be established.

So rather than worry about the risks, try harder to understand them – both from your point of view and from the POV of the investor (they’re taking a risk too don’t forget).

For all the bells and whistles of VC support, and the magic dust of disruptive startups, the best results are likely to come from partnership and empathy.

VC is a powerful tool in modern business. A good idea plus capital can equal something special if based on the right foundations. Should startups consider the VC path? Of course they should, but only with clear insight and a firm stance on who they are and what they want.

Chances are you won’t ring up the zeros overnight, but you might just do well enough to get where you want to go. You might yet reach those lofty Zuckerberg heights…