Is ‘Yo’ all hype, or does it have substance? 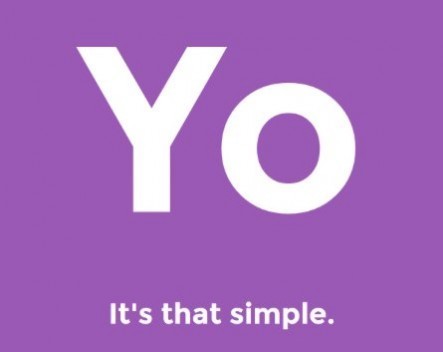 You may have heard about the new app Yo which is causing hot debate in the social media scene – and with good reason.

Many believe this app is a fad and a complete waste of time, while others predict big things to come from it.

The app was initially rejected by Apple who said that its purpose lacked substance. The developer fought back and defended Yo’s simplicity. It was finally accepted and has exploded with over 500,000 downloads and more than 4 million “Yo” notifications having been sent. Yo has also received $US1.2 million from investors.

There have also been issues around privacy, and the app was recently hacked by three students in the US who managed to read personal data from the company’s database. Once the issue was fixed, the company got in touch with one of the developers and have hired him to improve the Yo experience.

So is this hype? Will it fail and fall down? I’m not sure, to be honest. I can see both points of view.

It does seem like a stupid idea that has just gathered momentum. In fact the developer didn’t want to work on it as he felt it was stupid, and the owner who came up with the idea didn’t want to publish it under his company’s name. So from the outset there was a lot of concern around it.

But in terms of simplicity and ease of use it has potential. I can see the app adding more words than just “Yo”. Who knows? They might add “Ok”, and with the youth already using as little characters as possible to express themselves this type of app could really appeal to them.

People who are using the app are finding it addictive. David Shapiro wrote in The New Yorker:

“I’ve spent a few days Yo-ing and being Yo-ed, and the novelty hasn’t worn off. I don’t remember the last time I messaged someone to say that I was thinking about them, or the last time that I received a message of that nature, but I think about people all day. Nice thoughts. From now on, I’ll just Yo them.”

I can also see how retail and hospitality brands can leverage this app. Let’s say you pre-ordered a coffee and when it’s ready you simply get a “Yo”’ from the coffee shop, or if you order something online you get a “Yo” notification. Simple, easy and effective.

I’m not sure if I will embrace the app anytime soon, but who knows? I might be Yo-ing sometime very soon. What do you think? Is this a brilliant idea or just really, really stupid?