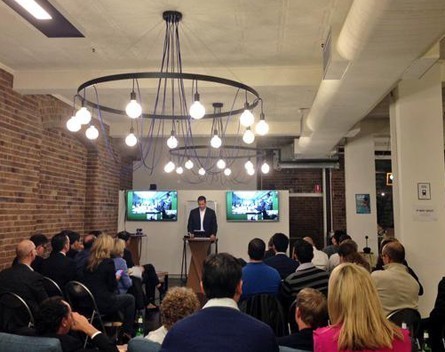 Entrepreneurs and politicians need to instead focus on Australia’s core strengths and try to become world-leading in only certain areas, he says.

“There’s no point in Australia trying to replicate Silicon Valley and trying to dominate the consumer or basic info tech,” Heap says. “We need to find areas where we really do have a comparative advantage that we can lever.”

“If we focus on this then we can absolutely be the best in the world in some areas.”

Heap says this is something the Israel startup scene has done very effectively, and Australia can take many lessons from this.

“Israel has worked out areas where it has real strengths and focused on those areas,” he says. “Australia needs to do that as well in areas like agritech and mining tech.”

H2 Ventures and Investec Australia will be leading a young entrepreneurs’ trip to Israel at the end of the year to demonstrate what made the Israeli scene so successful, and what can be learned for Australia.

As part of the trip, four Australian entrepreneurs under the age of 40 will join their peers from South Africa on a six-day tour of the startup ecosystem in Israel in November.

The competition has been running since 2013, but this will be the first time that Aussies have joined the international contingent.

“It’s been a terrific success over there, and it’s really driving the ecosystem,” Heap says. “It’s fantastic that startups here will be joining a round of that trip.”

The aim of the trip is for the young entrepreneurs to bring back a number of valuable lessons that can be disseminated across the startup ecosystem here.

“It’s a terrific opportunity. The success of the ecosystem in Israel has come from the level of investment and quality of young workers, who are then driving the next phases of growth,” Heap says.

“They are principles that Australia needs to lever from. The entrepreneurs will get meaningful exposure to what’s going on and bring back one or two lessons, and then share that with others.”

To be eligible for the competition, applicants must have operated a business full-time for at least two years.

The Investec Young Entrepreneurs Trip is looking for startup founders that want the entire Australian ecosystem to succeed, Heap says.

“We’re looking for people that can really gain through the program, who see a great purpose and opportunity to champion some of the principles,” he says.

“Young entrepreneurs have some wonderful benefits. They don’t have years of experience that tells them what can’t be done, they’re prepared to find a way that makes things work.”

An increased push for collaboration

Entrepreneurs and investors in Australia have recently stepped up efforts to further collaboration with the Israeli scene.

A pitch night was recently put on by the Israel-Australia Startup Pitch Series that connected ten Israeli startups with a room of Aussie investors via video link, and federal MP Wyatt Roy will be leading a trade mission to the country next month.

“Collaboration is really important, and it’s going to be really powerful,” he says.

Applications for the Investec Young Entrepreneurs Trip are open until 30 September and you can apply here.