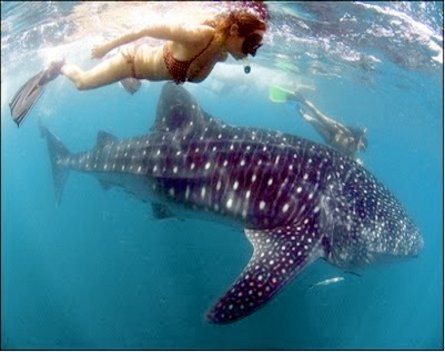 AdventureHoney, a web platform connecting curious travellers to the thousands of independent tour guides working in south-east Asia, has declared their trial period a success and are looking to rapidly expand their offering into other nations.

Launched in early 2013, the adventure tourism start-up is exclusively focused on developing countries and donates over a quarter of their profits to development organisations.

They now offer tours in Thailand, Philippines, Cambodia, Laos and Burma. They plan to offer tours in Vietnam and Malaysia by the end of the year, and expand into Latin America in 2014.

Founder Chris Ball told StartupSmart the idea was born after a crazy 24 hours in the Middle East, first at a Palestinian refugee camp in Lebanon and then beside the Dead Sea in Israel.

“The idea came together after two really important moments for me,” Ball says. “The camp was heartbreaking and had a really profound impact on me and awoke the need to help.”

But it wasn’t until he had a run-in with the Israeli Defense Forces that he realised the economic lever he could work with was the millions of dollars flowing through the adventure tour section of the travel industry.

Ball and a friend decided to kayak the length of the Dead Sea, but the adventurous plan didn’t seem like such a good idea when they reached the other side and had to hit the ground as a glowing projectile with smoke streaming behind it came flying at their heads.

“We didn’t realise the Israeli defence force wouldn’t take too kindly to two Aussies kayaking the length of the sea. We hit the ground, thinking it was a bomb, and when we stood up there were 20 Israeli commandos with guns pointed out our heads,” Ball says, adding it was a flare to boost visibility in the area.

It’s not the kind of experience Adventure Honey sells, but Ball says it inspired his business and he’s been working on the idea ever since.

“I realised we needed to create safe ways for people to book adventure tours. I knew from experience that it’s quite easy to find and book flights and accommodation, but it’s quite hard to find cool things to do when preparing to travel,” Ball says.

Ball partnered with venture technology company Blue Chilli to develop the platform, and launched the offering in January 2013, focused exclusively on Thailand for six months.

“As big and bold as our vision is for this business, it was important to contain it to just Thailand initially so we had a controlled environment so we could text and explore things. Trying to go too big too soon can be dangerous,” Ball says.

Customers can search and book tours via the platform, paying only a 20% deposit. Adventure Honey keeps the 20% as their fee, and forwards the details to the tour operator via email or text.

“We’ve created a hybrid model because when you’re dealing with developing countries you can’t just have a technical solution,” Ball says. “We’re helping the long-tail of great tour operators, who don’t have access to anything other than a phone, to take bookings online.”

New tours are uploaded by customers. Adventure Honey confirms the details and gets in touch with the operators.

With several hundred bookings processed, Ball says they’re focused on building the supply side of the marketplace with more tours, and stepping up their customer acquisition strategies.

Ball adds the travel space is a hard one to break into, especially for start-ups relying on search traffic.

“The biggest stranglehold on our growth is the demand side, and letting travellers know we’re out there. We’ve now got a big emphasis on social as you’ve got to be a bit guerrilla to take on the incumbents” says Ball. “Search is challenging with the big travel companies are buying up space on search. They’re spending millions, so it’s hard for a little upstart to take them on.”

AdventureHoney has partnered with the Thai and Philippines tourism boards to roll out advertising campaigns in the coming months.

“We’ve focused on relationships, and it took a bit of time, but the exciting thing for a tourism board is we do what they know they need to do, but they don’t have the appetite for risk to actually do it.”