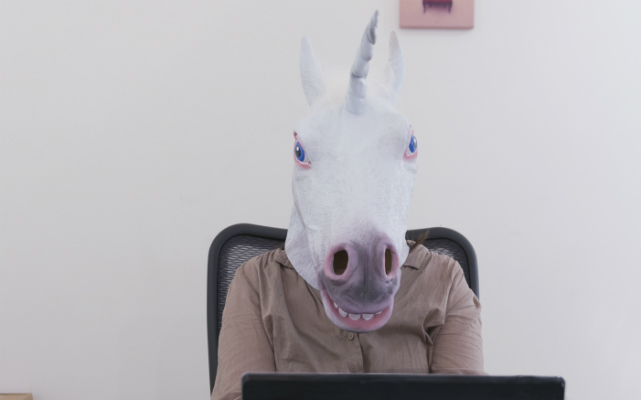 Recent sharemarket declines at tech market darlings LinkedIn, Facebook and Alphabet highlight an issue underlying the digital economy that is often brushed off in the good times but returns to haunt investors during downturns: valuations.

This is a surprisingly touchy subject because, in boom periods, irrational exuberance can tempt investors to pour money into businesses that offer an elusive mirage. This is why a cadre of privately listed tech companies have gained their moniker of “unicorn” (or if large enough: “decacorn”).

The basis of what these companies are worth is not necessarily the monetisation of their business or the ability to actually earn a return from it. In fact, the term “unicorn” is simply meant to denote the arbitrary valuation of $US1 billion in capital from private investors.

If this seems like a harrowing tale from the decades past, consider this: In 2009 there were just four companies that would have been labelled as unicorns, but there are more than 150 unicorns today together worth more than US$530 billion.

For these unicorns, it’s becoming increasingly difficult to justify bloated valuations. Yet we must remember that the purpose of providing valuations for companies, public and private, is to try to assess their worth in a fair manner.

What is worrying is that a large part of the “valuation” of unicorns has been premised on backroom deals between venture capitalists and the companies in a manner that contractually reduces the downside risk to the investor.

But they provide scant analytical rigour for external (market) appraisal, and when market sentiment turns negative against the industry, those “made up valuations” cannot provide any analytical point of departure.

That much of this is happening behind closed doors in private listings raises an issue of regulatory transparency in the sector.

The regulatory aspect should not be overlooked because the origin of the unicorns is in part due to a legislated reduction of transparency in the technology sector by the US JOBS (Jumpstart Our Business Startups) Act, that allowed a relaxation of the number of shareholders a startup could have before it would be forced to go through more rigorous public listing with the Securities and Exchange Commission.

Previously, 500 shareholders was the ceiling after which regulators asked companies to publicly list. This was pushed considerably higher to 2000 shareholders by the US JOBS Act. It allowed unicorns to stay private for much longer and with greater ease.

Whereas this approach was praised for helping startups reduce their bureaucratic burden, those oversight regulations had existed for a reason.

A rich literature on economic bubble formation shows that quite often their creation is attributable to good intentions, for example the American Dream’s idealisation of every family owning their own home working several steps down to a housing bubble. Or the American ideal of everyone’s right to a decent education gradually raising the risk of a looming student loan crisis (not to mention overqualified PhD-Baristas).

The trade-offs between having a greater regulatory burden on startups on one hand, and having unicorns with perplexingly high valuations on the other, are becoming more visible as unicorns get into trouble. Whether or not their valuations are fictitious, their losses have a real impact on the economy through disruptions including job losses and economic hardship for workers.

There are two other factors to be mindful of in assessing the worries of the unicorns. First, investors are also in part to blame for encouraging this lack of transparency by moving increasingly large amounts of capital into private rounds of financing, such as the US$500 million venture capital raising by Fidelity Investments last year.

Second, there has been a strong cultural support for unicorn startups through the application of positive language such as the “sharing economy”, “collaborative consumption”, and the “smart” technologies (smartwatches, smartcars, smartphones).

This language nuances the image of unicorns in a very positive light, and encourages favourable political (regulatory) and economic (investor) sentiment towards these now beleaguered unicorns.

The current market jitters have led some investors to snap out of their rosy view on unicorns. But there are structural issues that continue to create an environment where artificial valuations abound, including regulation that encourages unicorns to remain private and thus reduce transparency.

Usman W. Chohan is a doctoral candidate in economics and policy reform at UNSW Australia.