It’s time to put ethics on the startup industry agenda 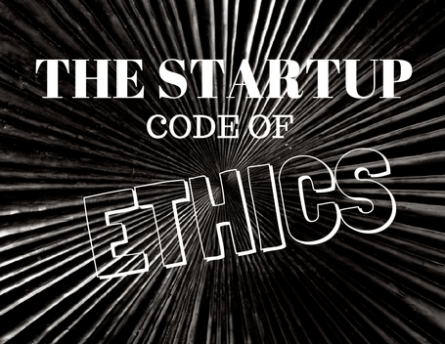 The recent scandal involving Facebook’s manipulation of users’ emotions, without their consent, has raised serious questions around ethical conduct of technology companies, as well as our complacency.

Let’s call the Facebook experiment what it is: a symptom of a much wider failure to think about ethics, power and consent on platforms.

The issue is as old as some of the monoliths themselves, with Google born under the mantra of “Don’t be evil”, an ideal many have argued from which it has deviated.

Doctors and journalists have a code of ethics, is it time the technology industry adopts one too?

There is no such thing as “neutral” software, says Susan Wu, startup veteran and investor.

“Almost all software has algorithms, and all algorithms for better or worse are imbedded with the ethics of the creator,” she told StartupSmart. “If we don’t start with thinking about our ethics to begin with, we’re reckless in a way as creators.”

Wu says founders have a major responsibility when it comes to communicating these ethics.

“I think that a company’s code of ethics is completely inherited by its founders’ philosophies of what is good and not good,” she says. “Founders have an obligation to state that explicitly and to engage their team and everyone who’s creating products on their behalf to understand what that code of ethics is. It’s probably also important for founders to make that clear to their users as well.”

Lars Lindstrom, chief executive of Startup Victoria, told StartupSmart the Australian startup community would ideally have a code of ethics – but in reality, entrepreneurs have to focus on running their businesses, which leaves little time to focus on developing industry guidelines.

“In an ideal world, startups should look at codes of conduct,” he says. “But in reality, early stage startups are way too busy trying to build a business model, build a product, find customers, get funding, etc.”

Lindstrom says while he isn’t opposed to the idea, entrepreneurs are focused on what will help them get their ideas off the ground.

“It’s a fact that many startups fail and it’s due to many things,” he says. “But I can’t think of any startups that fell over because their employees lacked codes of conduct.”

Graham Sewell, a professor of management at Melbourne University, says in the digital age people’s expectations are shifting – particularly in regards to privacy.

“The standards that we expect are much more diverse now,” he says. “It’s not like a one size fits all.”

The recent Facebook incident, says Sewell, is an example of how traditional guidelines about what is private and what is public don’t necessarily apply in cyberspace. Even the most tech-savvy individuals wouldn’t read through all the terms and conditions before downloading an app.

However, Sewell says workplace guidelines should be voluntary rather than enshrined in legislation because red tape can stifle innovation – particularly for startups and entrepreneurs.

“I think there are grounds for guidelines,” he says. “But they cannot be universal – they have to be contextualised. What’s more important is education.”

Sewell says if startups are to adopt or sign up to a code of ethics then there should be a “giant conversation” first.