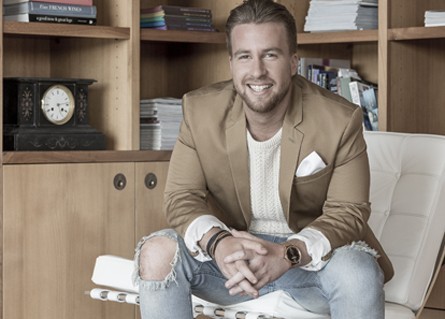 Instead, he says the most promising change for the ecosystem’s long-term future is the increase in entrepreneurs with a real passion for the sector.

“The innovation statement has been great, more co-working spaces has been great but what’s most encouraging for me is seeing more individuals with the drive and tenacity to go out and try new things and hopefully build something great,” Delosa tells StartupSmart.

“That’s the essence of entrepreneurship.”

He says this is the core defining factor deciding the success of a startup.

“I’ve always been an advocate of the fact that what enables someone to build a great company is an internal drive and hunger,” Delosa says.

“Great businesses come down to the individuals that start them. Great individuals build great companies and that fosters an investor environment. The government then enables the whole ecosystem.”

The Entourage Beanstalk Factory will teach individuals to innovate within their own big business through training and coaching.

Delosa, who has devoted most of his work to teaching entrepreneurs and small startups through his online education startup The Entourage, says this is a natural progression.

“What drives The Entourage is that we strive to make change,” he says.

“Historically we’ve done that through early-stage businesses and we’ve built an audience of 120,000 people. But we think there’s room for corporate Australia to think more innovatively about who they are, how they reach customers and how they build relationships.

“We’re bringing entrepreneurial thinking, methodologies and modes for problem-solving into the corporate arena.”

An inherent understanding but lack of means

With the recent push for a more innovative and entrepreneurial Australian culture, Delosa says the majority of large corporations acknowledge a need to incorporate these ideals into their businesses.

“There is usually an inherent and understood need on the part of people in corporations that they need to look at problem-solving and innovation differently,” he says.

“There’s a gaping hole with corporations around the country wanting to be more innovative and entrepreneurial. This demand historically hasn’t been addressed and that’s where this organisation will come into play.

“We’ve been inundated with inquiries.”

He adds that the training falls into line with the federal government’s rhetoric surrounding innovation.

“It’s very refreshing to see the prime minister of Australia talking about entrepreneurship, agility and innovation for Australia and that’s very aligned to the concepts we’re talking about for corporate Australia,” Delosa says.

“Growth in startup businesses coming into the market will increase exponentially.”