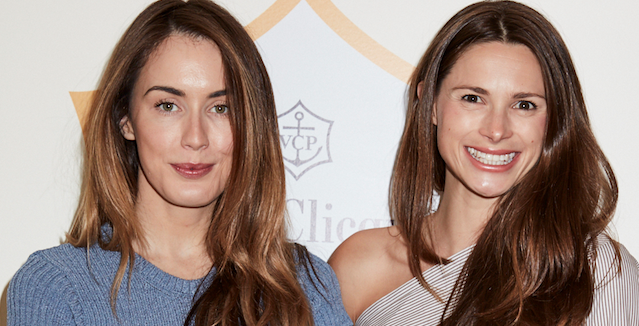 Hatzis and Johnson, who co-founded coffee-based skincare brand Frank Body with three others and also created advertising agency Willow and Blake, have been awarded the 2017 Veuve Clicquot New Generation Award in recognition of their vision as Australian businesswomen.

The award honours the contributions of businesswomen under 40 in tribute to the “Great Dame of Champagne” Madame Clicquot, who took over the Clicquot House business at the age of 27.

This year’s shortlist featured a who’s-who of top entrepreneurial minds in the technology, design and consumer goods sectors, including the likes of young rich-lister and Canva co-founder Melanie Perkins and The Daily Edited creator Alyce Tran.

Hatzis and Johnson told SmartCompany this morning that while they talk “all the time” about how Australia should foster more women entrepreneurs, a balance does need to be struck to ensure business founders are recognised for their strengths.

“I think it’s a really interesting topic — Bree and I spend a lot of time talking to each other about this,” Hatzis says.

“I think it’s about celebrating women’s success while not segregating women.”

“We look forward to seeing a day where we’re not ‘female entrepreneurs’,” Johnson says.

“We’ve been really lucky because we’ve been recognised for the hard work that we’ve done.”

The winning duo say that the path to running not one but two successful local businesses kind of snuck up on them.

“When we started Frank it was always considered a side project, but you find yourselves in these positions sometimes,” says Hatzis.

Frank Body recorded revenue of $14 million in the 2014-15 financial year and the company told SmartCompany in 2015 it was on track to more than double that figure. But throughout this time Hatzis and Johnson already had enough fully fledged business on the go, in the form of design and editorial agency Willow & Blake.

They launched the content agency in 2011 and have since worked on projects for clients like Grill’d and Elle MacPherson.

Time management between the two businesses was naturally a challenge, but Johnson says that is always a pressing issue for any self-funded business. She says the biggest hurdle was finding people to delegate to.

“I think that’s a constant issue — a big thing for us is that [Frank] is a self-funded startup, and what we did have was our time. Learning to let go was a really big challenge, [as was] learning when to bring on external resources,” Johnson says.

When it comes to working out the nuts and bolts of the business, from manufacturers to partners, the internet gave a lot of assistance.

“In terms of our partners — manufacturers — we Googled a lot of things, to be perfectly honest,” Johnson says.

The next 12 months will be jam-packed for both businesses, and Hatzis says there are currently plans to “broaden the scope” of the Willow & Blake business.

“At Frank, we’re lucky to essentially be running a full service agency,” Hatzis says of controlling the brand and its messaging from start to finish.

She says the team is looking to push the Willow & Blake business more into the area of “general artistic direction” on projects.

While the pair say they haven’t had any formal mentors over the years, it has helped that their social networks are full of other business-focued types.

‘I think we definitely do — our friendship circles involve people that are quite entrepreneurial,” Johnson says.

And when it comes to advice for other entrepreneurs, Johnson says to just go for it and get involved.

“You’ve got to risk it for the biscuit,” she says.

Jessica May, co-founder and chief executive of Enabled Employment

Alyce Tran, co-founder and creative director of The Daily Edited