Job hunter becomes the hunted: Everybody wants a piece of the market, including fOSSLR 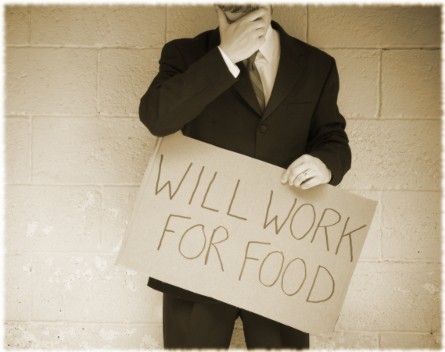 Seek, one of Australia’s most successful startups, disrupted the job search industry, but now it’s the incumbent, and a host of new Australian startups have it in their sights.

One of those startups is fOSSLR, a peer-to-peer crowdsourced recruiting platform, which founder Ulrich Schild promises will “change the way people find work”.

“If you’re a job hunter or job seeker, there are a number of things that always make job-seeking extremely hard, and they’re all related to a particular problem which is called ATS or applicant tracking systems,” he says.

“Job seekers believe that submitting their application is the secret sauce, but that’s not it. There’s software at the front of the process that selects or deselects them and most job seekers are not even aware of that.”

The startup will help keep job seekers engaged during their employment search by providing feedback, something that is rare in the age of the online application.

“There’s no assistance for job seekers to actually learn what they need to do to improve their whole process,” Schild says.

“We offer you smarts that a) educate you, b) enable you to get feedback because that’s the biggest frustration for the jobseeker, not having access to anyone, not knowing if their application was opened or by whom, and if it was opened what it was they did wrong.

“And those are the things that keep you going.”

It’s a competitive space, with numerous employment startups popping up, like ConX, Dippla and Peerbrief, just to name a few. That’s not lost on Schild, who has worked for big marketing companies whose key clients included LinkedIn, Seek and MyCareer.

“All the learnings from that I took away and found this is how they do it, but there is a better more democratised way for us. It’s about truly enabling job seekers to have a democratised platform, equal opportunity and taking it back to what it used to be, where it was about the people, not the process and the software.”

Schild, who says he “doesn’t appreciate any of the startup lingo”, founded fOSSLR around 18 months ago and bootstrapped it until recently securing investment. He says he built a product, www.thejobsearchcoach.net, to test his assumptions, before using that product’s traction to pitch fOSSLR to investors.

“I started very slow,” he says,

“The first thing I wanted to make sure I tested all my assumptions. I got tired of these self-professed experts on LinkedIn and Seek telling job seekers to ensure there was no spelling or grammar mistakes in their applications, so I tested that and educated them.

“The whole process took about 18 months, and once I had a good number of people on The Job Search Coach I started to look for investors.”

That search led him outside of Australia where he found an investor willing to back fOSSLR.

“I looked for an investor outside because I didn’t want to compete with all the other people pitching,” he says.

“I watched the events and I thought I’m going to be one of many pitching so I found my investor overseas.”

Only after a great deal of effort did Schild secure an investor.

“I think it’s all about networking and really not giving up, I can’t tell you how often I did that and how much time I spent,” he says.