Juggling family life: How one entrepreneur did it 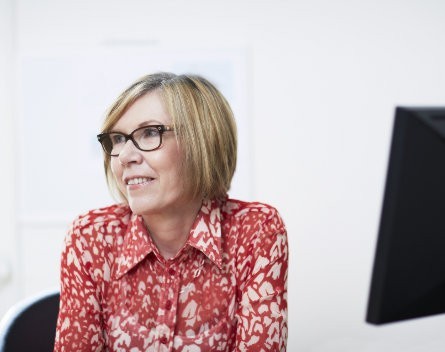 With four children to raise, entrepreneur Dr Elaine Saunders and husband John made a decision that wasn’t common at the time.

Dad would stay at home to look after the kids while Mum would go to work.

“Not many guys were doing that,” Elaine says, noting that there was no support or networks for fathers.

“It’s very much a woman’s world. It’s kind of unusual to have Dad turning up to school or running in with the late lunch.”

She remembers once going to her children’s school and a teacher saying, “Oh, Mark does have a mother.”

“These things always bother women because we’re built on guilt,” she says. “But we also knew it was the right thing we were doing.”

It was in the early 2000s and Elaine, a hearing aid expert who helped develop the Cochlear hearing implant, was building up her business Dynamic Hearing with co-founder Peter Blamey.

She says building companies involves attention to detail and dealing with the unexpected, which makes it hard to focus on a family as well.

So they decided that John, a risk engineer, would become the full-time carer for the children, who were then aged between nine and 14.

Saunders, who took time off work when the children were infants, says they had tried using nannies and cleaners at home but didn’t feel like it was a good outcome for any of them.

“We really didn’t want other people bringing up our children,” she says.

With John looking after their kids, it gave her a “free mind focusing on the business knowing the children were in good hands”.

Her children are now all adults and “doing very well in what they do”.

She advises other entrepreneurs considering their family arrangements to do what’s right for their circumstances.

Saunders, 59, says running a start-up can become “all-consuming” and that “you’ve got to work your life arrangements around that”.

She recalls one of her children telling her, “Mum, you’re either at work or thinking about it.”

“That just goes with the territory to be honest,” she says.

Saunders and Blamey are now building up their latest hearing aid venture, Blamey Saunders hears, which has grown from one staff member in 2011 to 20 currently.

Saunders, who’s won a raft of business and industry awards, is the managing director and describes her leadership style as being one of leadership rather than management.

“Management is about processes; leadership is more about inspiring people to solve,” she says.

“I like to set problems to solve rather than proscribe how they’re done.”

Her own inspiration comes from Richard Branson, who she says has never been afraid of challenging established businesses.

“In our own little way we’re challenging very big and established industries,” Saunders says of the hearing aid market.

When not focusing on work, Saunders says she likes to take week or two-week breaks and to be involved in an activity.

Pilates is her current activity, as well as walking her three dogs, and learning about Australia’s early goldfields, which prompted huge social upheaval.

“But I know if I go down that path I might get too obsessive about it.”