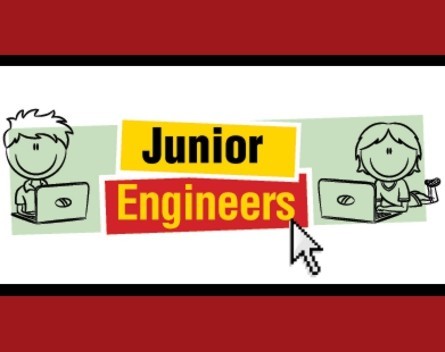 Migrating to another country often identifies cultural differences that can create great opportunities. This was the case for Ron Ofir, when he arrived from Israel with a young family.

“Both my wife and I are trained in science and technology and have had successful careers in these fields so it is important for us that our children have a similar education”, says Ofir. “However, I rapidly became aware of less focus on STEM education in Australia than we had at home.”

Realising that he couldn’t do much about changing the Australian curriculum, Ron decided to create his own software programming course, called Junior Engineers, and set it up as an after school activity, inviting parents from the school to enrol their children. The invitation attracted over 30 students to participate and resulted in the birth of a business idea.

Ron teamed up with Leigh Angus, a family friend and past program director of ilab, an accelerator for technology start-ups in Queensland. Together they built out a system and courses that could be replicated across a number of schools.

“We packaged and refined the course that Ron had built for one school and offered it to a number of other schools in the local area to gauge their interest”, says Angus. “By the end of January we had a further two schools signed up and over 70 children enrolled.”

And the interest is increasing. “For next term, we have six more schools joining our courses and another dozen schools promoting us. We’re expecting over 300 students to participate by the end of April and are busy employing instructors.”

It comes at a time when companies in Israel, the US, and China are building out technology enabled products and services at great knots, contributing significantly to their national economies. These companies are ravenous for talent and governments are investing heavily in STEM education to keep up with the demand for skilled and competent science, technology and engineering graduates.

For instance, Israel initiated a program several years ago to reskill a large portion of its workforce by offering software programming courses to science and arts graduates to encourage them to cross skill into IT. The initiative provided good talent for a very active technology hub.

Israel recognised early that having graduates with a global programming language skill was just as important as them having a global spoken language skill, in order to build companies that could succeed at an international level.

It looks like they probably got it right. Israel has the largest number of technology companies listed on the NASDAQ, second only to the US. To put it in proportion, Israel’s population is roughly a third of Australia’s.

“I spent four years living and working in Israel and a number of years visiting the Silicon Valley in the United States”, states Angus. “I’m always dumbfounded when I return to Australia at how behind we appear in comparison. There’s no doubt that Australian’s are early adopters of technology, but we tend to be a nation of consumers of US made tech rather than a nation of inventors and creators of our own.”

Both Angus and Ofir are responding to the rapid pace of technology development and advancement in other countries in comparison to Australia. They have ambitious plans to roll out Junior Engineers nationally and fill what appears to be a vacuum that the Australian government seems reticent to fill in its national curriculum.

“I used to develop and implement software programming courses on behalf of the Israeli government,” states Ofir. “And this is what I have based the Junior Engineers course work on. In practice, our students are learning first year tertiary coding skills that would ordinarily be taught to 18 to 21-year-olds in Israel. By implementing this kind of training, we should be able to leap other countries in advanced education.”

The pair believe, with support and recognition of these kinds of initiatives, Australia should, at the very least be able to catch-up.

Junior Engineers is based in Brisbane, Queensland, conducting a series of computing and technology courses at primary schools across the region before, after, or during school hours.