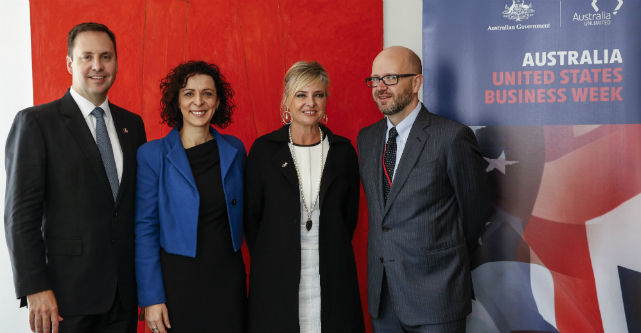 Eleven Australian startups on the verge of US expansion have been selected to visit “Disneyland for entrepreneurs” as part of a KPMG accelerator.

In conjunction with not-for-profit Advance, the Elevate61 program is designed to help Australian enterprise startups gain entry into the highly competitive US market, and beyond.

Head of KPMG Innovate James Mabbott says the program will aim to help startups quickly established market-fit in the US and expand rapidly.

“Someone said going to the States is like Disneyland for entrepreneurs,” Mabbott tells StartupSmart.

Expanding into new markets like the US can be a costly experience for Australian startups, he says, with lots of travel and a need to understand competitor landscapes and regional knowledge to identify what regions make sense and get visibility.

But being one of the world’s largest economies with an extremely competitive startup space, making it in the US as an Australian startup can pave the way for global reach, Mabbott says.

“If you build and scale a tech company in the States then you can probably do it anywhere,” he says.

Delivery company Sendle is one of the startups that will be taking place in the Elevate61 program, and founder James Chin Moody says he wants to use the opportunity to test the waters in an international market.

“It’s about starting to explore what it could mean to take the model that we have and apply it in different countries,” Moody tells StartupSmart.

The program will set the participating startups back $10,000 plus flights and accommodation but rapporr CEO David Anstee, who will be taking part in the accelerator, says it’s a small price to pay for the opportunities on offer.

Elevate61 will take the selected startups through an intensive two-week program to help them build the right networks and relationships to make it in the US and Anstee says this is where the true value lies.

Anstee says his private messaging startup has been eyeing the US since its early days.

“When you’ve got a startup and you’re ready to talk to people, it’s hard to access the right doors in a positive way,” he says.

KPMG’s active involvement with Australian startups comes from wanting to give them the best opportunity to achieve success on the global stage, he says.

“We want to help create the next generation of great Australian companies,” he says.

Of the 60 applications received this year, Mabbott says he was impressed by their high calibre as well as the wide range of industries.

The chosen 11 startups are aiming to solve problems like gender diversity in corporate environments, international student recruitment and cloud computing solutions in hospitality.