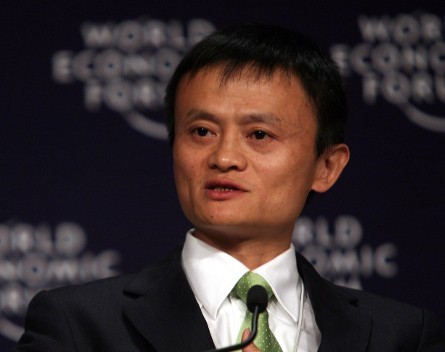 The business world is abuzz this morning with news that China’s biggest e-commerce business Alibaba has filed its initial public offering, which could become the largest IPO in history.

Alibaba Group was established by billionaire Jack Ma in 1999. The business has two main shopping websites, Taobao and Taobao Mall (or Tmall), which serve an estimated 79 million customers in more than 240 countries and territories.

Described as “eccentric”, Ma is known for both his unconventional career trajectory and idiosyncratic business style. Here’s five things you didn’t know about the man nicknamed “Crazy Jack”.

1. Ma started out at as a teacher

Alibaba’s chairman studied to become a teacher after twice failing university entrance exams. Ma’s struggle with formal education and finding employment, including being knocked back from Harvard 10 times, is well-documented. He says he was even tuned down from a job as a secretary to a general manager at KFC.

Ma’s first foray into the digital world was with China Yellowpages, believed to be the country’s first internet-based company.

According to the Wall Street Journal, it was a trip to Seattle in 1995 that sparked Ma’s interest in the internet, after he discovered during the trip how little information about Chinese companies existed on the web.

Ma also apparently has a soft spot for performing Chinese pop songs and his favourite songs from the Lion King in front of crowds of thousands at his annual company conferences, called “Alifest”. In the past he shared a stage with former US President Bill Clinton, Los Angeles Lakers basketballer Kobe Bryant and Arnold Schwarzenegger.

Ma is such a fan of kung fu novels that Alibaba employees are all required to take nicknames from kung fu novels. According to the Financial Times, which named Ma its Person of the Year in 2013, Ma’s nickname is “Feng Qingyang”, which refers to an “unpredictable and aggressive” swordsman.

5. He admits to knowing very little about technology

Despite being the founder of one of the globe’s largest online businesses, Ma admits that he is not an expert when it comes to technology. According to TechCrunch, the entrepreneur says he cannot write code and knows little more than how to send an email.