How a Melbourne couple built revenue of over $600,000 while keeping their day jobs 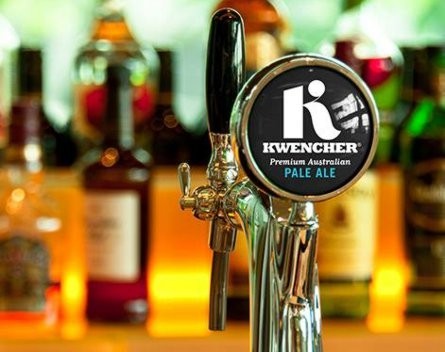 A few years back, David Burns was a buyer at Coles. Now, his two-year-old company will have its fruit-flavoured beer stocked in Victorian Dan Murphy’s stores from January and has had “promising” meetings with the Wesfarmers-owned supermarket.

It’s been a massive 24 months for Kwencher, which was founded after Burns and his partner Elly Meltzer returned from a trip to Morocco.

After they returned, Burns spent months perfecting his home brew. And then two years ago, they commercialised it, and Kwencher was born. Burns and Meltzer got a brewer to make it while they focused on pitching it to as many stores as possible.

The beer industry is huge and dominated by major players. But with its point of difference, Kwencher has carved out a foothold.

Both Burns and Meltzer work full-time. Meltzer in another business she founded with her mother, and Burns in the corporate world. It’s given them security and helped them diversify their income. But it’s also made them very, very busy.

Speaking to SmartCompany, Burns calculates that he works 80-hour weeks.

He manages his two jobs through ruthless outsourcing and a ‘good enough’ mentality.

“It’s extremely challenging, but not impossible,” he says.

“We have a small team who run things day-to-day. I contact one or two people on a daily basis to catch up on how it’s going. We all meet on Saturday mornings to regroup, and I do a couple of hours of Kwencher stuff in the morning before my day job.”

At the end of the day, Burns is understandably exhausted, and gives himself a break. As well as two jobs, he and Meltzer have recently had a baby. The afternoons are a time to unwind with family.

Maintaining both jobs is hard, and Burns says he can see himself choosing one over the other in the long term. But now, he says, the juggle has given him the security of a guaranteed income. It’s working for now.

A year ago, Kwencher bought on a full-time sales person, and it outsources and contracts out its promotional activities.

“If I was a perfectionist, it would take too long. I get things to 85% now, and work on the other 15% as things move forward. Obviously you do miss a few bits and pieces, but it does work.”

Delegation helps too, not least with the fact that Burns’ business partner is also a partner in another sense.

“Something we’re quite good it is being very clear on who’s doing what, who’s accountable, and who’s responsible for every part of the business. That way, we don’t cross over and butt heads.

“We’ve got a young family, and we both are into our sport and fitness, so we do very consciously have a work-life balance. We don’t talk about Kwencher all the time.”