From an idea on a napkin to a thriving startup: Kylie Long’s tough journey through one of Australia’s leading accelerators 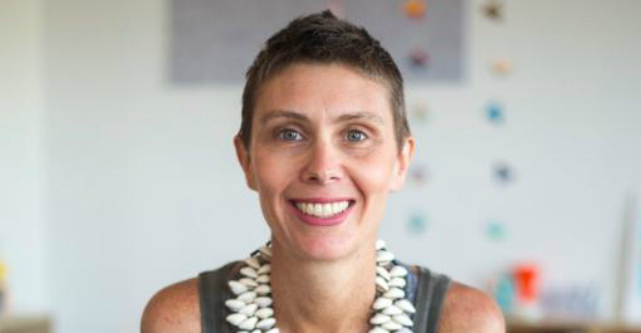 “You’re shit and your ideas are shit.”

These are the first words Peer Academy founder Kylie Long and her cohort were hit by in Angel Cube’s accelerator last year.

“The culture for Angel Cube is very much one of ‘we’re going to break you down so we can break you through as an entrepreneur’,” Long tells StartupSmart.

While she may not agree too much with the aggressive approach, Long says it did help her and co-founder Onur Ekinci really grow as entrepreneurs.

“The benefit that came for us through the Angel Cube accelerator was recognising that we were thinking small as a startup and trying to make a revenue model work that wasn’t going to,” she says.

“It started off as an idea on a napkin.”

With Peer Academy being her fourth business, Long decided to try an accelerator program to help scale it much faster and to get connected with leading entrepreneurs.

Long says choosing which accelerator to go with wasn’t easy.

“We did months of research,” she says.

“It was a really big decision for us.”

They finally decided on Angel Cube after building good rapport with its program manager.

“We also knew some of the mentors from having been in the ecosystem for a period of time,” she says.

Over those five to six months including a five-week immersion in Silicon Valley, Long says her experience was quite unique.

“I realised from the beginning that being 41 with two teenage kids I was going to be pretty unusual,” she says.

She was the only woman in the entire program.

“It was in my face everyday,” she says.

“For me, there was an absence of emotional support through the journey.

“There was very much a sense of this is a sink or swim environment.

“It’s the hero’s journey, you’re the hero of this narrative and it’s up to you conquer the world.”

Getting skin in the game

“It took me a while to find my bearing,” Long says.

“I was in a group of 25 to 30-year old men who had been aspiring startup founders for a few years, they knew the language of the environment and I was learning that as I participated in the program.”

She knew she had the knowledge and the acumen to achieve startup success, but she also felt the gendered subtleties.

“Every environment I’m in, a man will always talk before a woman,” she says.

But through the accelerator, Long has gained confidence, she knows how to pitch well and can be compelling in every room.

During her time in the Valley she was inspired by the diversity and met many trailblazing female founders.

It has given Long hope, and lets her readily discount some recent advice.

“When I reached out to woman entrepreneur in Australia, her advice to me was you just have to think and act like a man,” she says.

But as macho and aggressive as the accelerator was, Long is walking away knowing one thing: she can tear apart the startup world by being none other than herself.

“It gave me a lot more confidence to just turn up as myself and truly believe that that was enough,” Long says.