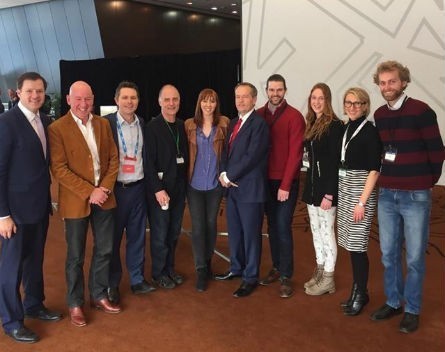 Labor has committed to establishing an advisory board for entrepreneurial issues as part of a series of commitments on startups and innovation that were incorporated into its national platform at last weekend’s party conference.

Ed Husic, who is parliamentary secretary to the shadow treasurer, tells StartupSmart the Entrepreneurial Council is now “enshrined in the party platform”, and will give innovators and entrepreneurs a presence on economic advisory boards and panels.

“It’s so [shadow treasurer] Chris Bowen can keep in touch with the trends in the sector, the issues that might be inhibiting growth, and to avoid some of the policy black spots that emerged when we were in government,” Husic says.

“If we had this in place we may have been able to sidestep the problems created through the ’09 reforms.

“It’s a way to avoid making decisions that run counter to the longer term health of startups and innovation in the country.”

Shadow treasurer Chris Bowen floated the idea of the council in a speech in April.

“I think the Treasurer should have a formal advisory body on entrepreneurial issues, working closely, of course, with other key ministers like the industry and communications minister,” Bowen said.

“Given the importance of the startup sector to the broader economy it is important for entrepreneurs to be spending time and sharing perspectives with Treasury officials.”

Labor’s national platform also reaffirms its past commitments such as devoting 3% of the national GDP to research and development by the end of the decade, a $500 million Smart Investment fund to assist in turning “great Australian ideas into great Australian businesses”, and an emphasis on science, technology, engineering, and mathematics (STEM) in education.

The Labor for Innovation panel

“It was excellent, it was a packed room,” Husic says.

“It’s a reflection of the interest in the party in this area, in how we can seize on innovation to generate new jobs.”

Opposition Leader Bill Shorten spoke about creating a “culture of entrepreneurship” at the event.

“The test for success in innovation will be how willing the leaders of the respective political parties are to engage in this space,” Husic says.

“We can either ignore it or embrace it. Ignoring it means we ignore the economic opportunities that get unleashed particularly by young people in startups, and means we’ll be completely flat-footed on the jobs challenge.”

Posse founder and Labor for Innovation co-convenor Rebekah Campbell also spoke on the panel, and says there was some fruitful discussion.

“There was so much interest from very senior members of the party,” Campbell says.

“We talked about creating a culture of entrepreneurship, about how we can encourage kids to think about technology almost as English, as an essential skill for the future, not just a side project.”

Labor for Innovation will be holding another event on Wednesday in Sydney, with shadow minister for communications Jason Clare appearing.

“The point of Wednesday is to ask the community for their ideas about how we can create a strong ecosystem in Australia. It’s bringing the two groups together,” Campbell says.

“Just to have these conversations is really healthy. The whole reason we’re in this business is because we have ideas to make the world a better place, so we’re naturally interested in politics.”

Labor’s approach to startups and entrepreneurs

“The job-creating power that can be unleashed by startups places them in a realm quite separate from the usual talk of small business,” he says.

“We know the challenges, so it’s about what we are going to do.”

The government’s role is on the more traditional side in education, regulatory reform and capital reform, Husic says.

“As much as startups are disrupting business and major players, they’re forcing us to disrupt our business-as-normal approach to policy development,” he says.

According to StartupAUS’s latest Crossroads Report, the types of policies that need to be implemented in order for Australia’s startup ecosystem to reach its potential will require long-term bipartisan commitment.

Husic says he and Liberal MP Wyatt Roy recently returned from a fact-finding mission in Boston, a city which he says has revitalised its startup scene, and is proof both the government and opposition can work together on the issue.

“Wyatt and I are keen to see how we can get the parties working together.”

“We need to make innovation and the embrace of technology a national mission, and we’re not going to get there by throwing stones at each other.”