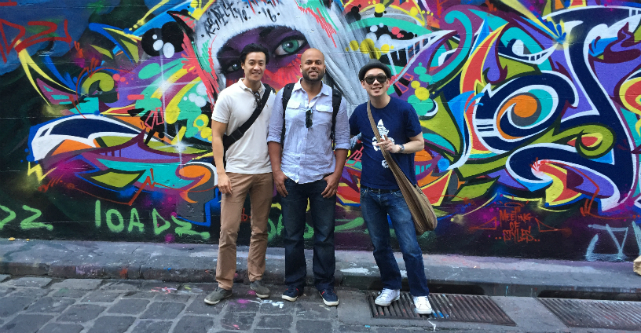 One of Silicon Valley’s largest accelerators is planning to establish a presence in Australia as it continues to create international gateways.

GSVlabs is a startup incubator located at the heart of one of the world’s most powerful precincts, with its neighbours including Google, Facebook, Apple and eBay.

“We’re examining all possibilities at this point,” Amiri tells StartupSmart.

“It’s just figuring out the model that works here.”

Over the past five or so years, Amiri says there has been a spark in entrepreneurship and startup activity around the world.

“I’ve done a bit of travelling and am understanding how these startup ecosystems are developing,” he says.

He says the massive growth in startups in Australia and other countries is catching the attention of US investors looking to enhance their portfolios.

He says this is one of the reasons why GSVlabs is making an active effort to visit and open up pathways between Silicon Valley and promising startup ecosystems around the world.

During the roundtable discussions, Amiri also provided a number of interesting insights on life in Silicon Valley and how to break into the startup hub.

While there is lots of talk about other cities becoming the next Silicon Valley, Amiri says people forget the area wasn’t an overnight success.

“Silicon Valley took over 70 years to build,” he says.

And every startup ecosystem has its own unique brand.

Brazil is giving rise to a heavy fintech community while India is blowing up with mobile.

Amiri believes India is a hot market for VCs to be in.

“The spotlight is on them,” he says.

For developing startup ecosystems around the world, driving collaboration between accelerators and incubators while having widespread celebration of startup success stories are some of the ways to really enhance these communities.

“When you see success stories in Melbourne, it will have a snowball effect,” he says.

“It’s a copy cat league after that point.”

Increasing corporate participation in the startup ecosystem and driving education in entrepreneurship is another way to boost the community.

Amiri says corporates should consider sponsoring promising founders to go on startup study tours or immersion programs in more developed ecosystems like Silicon Valley so they can build up their knowledge and bring it back.

“We have to be able to engage with some of those corporates here to buy into that,” he says.

The result is that 35% of the university’s graduates become entrepreneurs, he says.

“It really kind of unshackles the chains of what you can and can’t do as a student,” Amiri says.

“I wish more universities would do that.”

What living and working in Silicon Valley is like

“One of the unique aspects of living, working in Silicon Valley is there’s this culture of collaboration,” Amiri says.

Amiri says there are about 25 accelerators in GSV Lab’s region but they’re not necessarily in competition with each other because they’re all working to boost the same ecosystem.

There’s also a very strong comfort and sense of emotional resilience with failure.

“If your startup fails it’s sort of like a badge of honour,” Amiri says.

But he says when he has visited developing ecosystems there is less awareness about failing and how to pick up the pieces after.

To support new founders interested in moving to Silicon Valley, Amiri says GSV Labs can help with immersion programs, virtual and physical work desks and a range of other activities.

“We understand that Silicon Valley can be kind of daunting for people that are not familiar with it,” he says.

They can also help founders visiting to test the waters by providing event calendars and advice on where to go and who to meet.

“It’s best to maximize your time there,” he says.

But with events like Disrupt, Tech Crunch and Pioneer Summit running year-round, Amiri says there’s no shortage of things for startup founders and entrepreneurs to do.

Australian founders looking to get a piece of the action need to make sure they’re ready before approaching global investors or moving to Silicon Valley.

Given the maturity of its startup community and the highly saturated market that draws in top talent and leaders from around the world, new startup founders will have a lot to learn to break in.

“Investors want to know that you’ve conquered your market before you come to Silicon Valley,” he says.

With the rise of startups, investors are also becoming more shrewd in taking leaps of faith on ideas with potential promise.

“The angel investor community is alive and well but investment overall has been down recently,” Amiri says.

As a result, entrepreneurs need to start building up their skills in bootstrapping, launching MVPs, getting market validation and building traction before expecting investment in their companies.

“You have to prove something first, he says.