Last call for bar tabs? Clipp has a shot 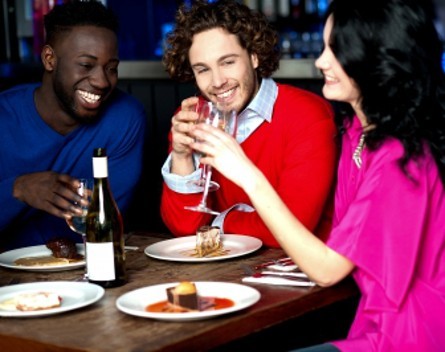 The introduction of pin-and-chip regulations for credit card purchases on August 1 threatens to do away with the traditional pub bar tab forever.

Under the new regulations, signatures will no longer be valid as a method of payment confirmation. This means publicans won’t be able to charge the credit cards of patrons who leave without closing off their bar tab at the end of the night.

The situation has created a big opportunity for a new Australian app named Clipp, which looks set to cash in on a market that has suddenly found itself thirsty for new pre-authorisation and payment systems.

Its co-founder, Greg Taylor, has experience in the area, having been the co-founder and chief executive of mobile coffee card loyalty app eCoffeeCard, a venture he sold to Beat the Q earlier this year.

Taylor told StartupSmart his latest venture “is like Uber for bar tabs”.

“You don’t need to hand over your driver’s licence and credit card. Instead, you download the app for iOS or Android and connect your credit card through PayPal. It integrates through the bar’s point-of-sale system to your phone, which has a tab number,” Taylor says.

Taylor says the app allows customers to split a bill, close off a tab without needing to flag down a waiter, or leave a tip.

“For corporate hospitality, this is perfect. One of the big challenges is for people who have to record expenses. The great thing about Clipp is that a tax receipt is emailed directly to the customer” Taylor says.

The startup has already signed up 140 venues, including The Argyle, Mrs Sippy, The Lobo Plantation, Martin Place Bar, Gin Palace, and Bar Ampere.

According to Taylor, the app has even gained the attention of Woolworths-controlled ALH Group.

“ALH is the biggest group to trial the app. It recently finished a pilot in some of its venues in Melbourne…They own 250-odd venues and it needs solutions in terms of pre-authorisation,” he says.

“The reason why that trial was successful was because of operational efficiency – it’s about 20 seconds quicker for them than the alternatives.”