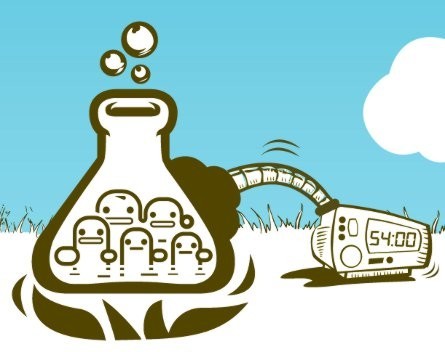 The Gold Coast event was part of the international Startup Weekend program and was hosted by co-working space and incubator Silicon Lakes.

More than 140 developers, designers, marketers and entrepreneurs formed teams around nine of strongest of the 32 ideas pitched. Teams had to develop a business plan and a minimum viable product (first working version of the proposed idea) over the weekend, culminating in a pitching competition.

GoStandBy founder Nathan Challen told StartupSmart the idea came from over 10 years of experience in the travel industry coupled with the rise of social media.

He says there is a real need for an effective online way for tourism operators to be able to fill the last couple of free seats or spots.

“If they’ve got free seats and only a few hours to go, if they could walk out on the street and find 10 people and give it to them for half price, they would because once your set costs are covered, everything else is profit or empty seats.”

Challen’s team is focusing on the final hours of a deal rather than weeks or days in advance. The web app will allow users to filter opportunities based on their location.

“The major pivot over the weekend was how the purchase would occur. I thought perhaps the consumer would be confronted by using another service they’ve discovered through social media and might not want to pay through us,” Challen says. “But I got a resounding answer that every other option would just be one extra step, another hindrance. People just wanted to click and purchase the offer.”

Challen says it became clear in conversations with tour operators that they’d fit into the agent model.

“The biggest take away of the weekend was asking the consumer about what kind of discount they were interested in, but also what kind of commission operators would give away. It appears we’ve been pushed into the agent model, and there seems to be no issue getting 30%,” Challen says.

The team is now focused on developing the minimum viable product into a commercial product.

“Our objective is to be commercial in two weeks. We’re building up our following in the social space,” Challen says, adding they’re also liaising with a range of tour operators.