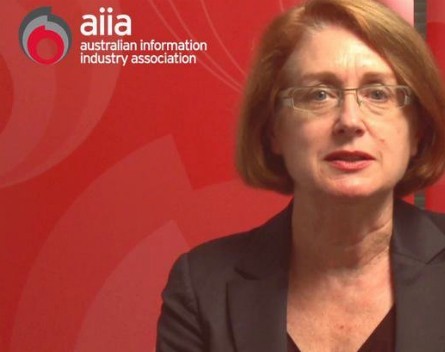 The Australian Information Industry Association has written an open letter raising urgent concerns about the freezing of Commercialisation Australia to Minister for Industry Ian MacFarlane and Treasurer Joe Hockey.

Commercialisation Australia is a venture capital initiative of the Federal Government. Over the last five years, they’ve invested over $200 million in early stage companies.

A freeze on the grants and review was announced in late March.

AIIA is the peak representative body and advocacy group for the ICT industry in Australia. It includes over 400 tech company organisations.

Here is the letter from CEO Suzanne Campbell in full:

It is with urgency that I write to you on behalf of the Australian Information Industry Association (AIIA) in relation to the current review of Commercialisation Australia funding.

AIIA has been active in advocating the need for a supportive national eco-system to facilitate innovation and encourage and support new business development – particularly in light of the increasingly competitive global digital economy. Commercialisation Australia, together with arrangements such as Employee Share Options, R&D tax incentives, venture capital and crowd sourced funding initiatives are critical to this eco-system. With uncertainty across many of these issues at present, business confidence in Australia’s innovation and business support system is at serious risk.

Commercialisation Australia plays a critical role in supporting the growth of Australia’s future business capability.  The support it provides through funding and access to business and mentoring networks is a key element of the business building process for Australian companies, entrepreneurs, researchers and inventors looking to commercialise innovative intellectual property.

While Commercialisation Australia is important in assisting businesses from all sectors, the fact that some 50 per cent of companies supported by them over the last 4 years were utilizing ICT in their new product and service development is of particular relevance to the ICT sector.

The role of ICT driven businesses, especially new, innovative companies that have the potential to drive Australia’s export capability and international competitiveness is imperative to Australia’s ability to compete in a global economy.  Commercialisation Australia is a critical element of the overarching eco-system that Australia needs to drive innovation and business growth.  The future of Commercialisation Australia must be guaranteed to maintain the confidence of existing and aspiring early entry businesses.

Notwithstanding this decision Commercialisation Australia has continued to canvas for new project submissions until, as recently as February 2014.   As a consequence members have outlaid considerable time and expense preparing submissions for grant assistance and developing commercialisation plans.  In planning for their growth in this way and to manage their limited resources they have forgone shorter term business opportunities.  The fact that no public announcement was made by the Government that grants were suspended has created unnecessary pressure for entrepreneurs who have applied significant investment in good faith, to a process Government had already decided to suspend. This damage will be multiplied across the business eco-system overall should Commercialisation Australia cease to operate.

I am seeking open and transparent assurance from the Government that it remains committed to the continuing operation of Commercialisation Australia and that this includes the full scope of activities and support it currently provides.