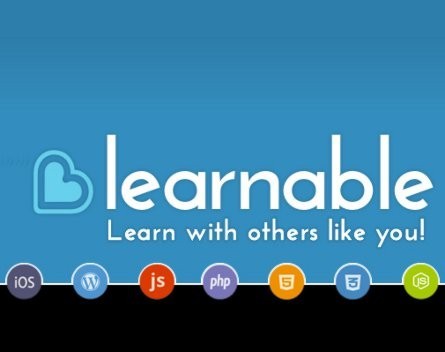 Ten thousand Australian school students will be able to receive free, online training in how to code, with online education start-up Learnable donating $10 million worth of courses as part of a new initiative.

Learnable for Schools general manager Kyle Vermeulen told StartupSmart the initiative was an obvious and exciting step for the team.

“The way the economy is moving, everything is going digital, business is online, sales are online and marketing is online. It’s another awesome tool to have and people who know how to code can add $10,000 to their earning potential straight away,” Vermeulen says.

Learnable’s initiative comes as Australia’s Information and Communication Technology Woman of the Year, Yvette Adams, recently called for coding to become a top priority in education.

Vermeulen says while the Learnable team is aware the curriculum is moving towards code, it’ll take a couple of years or longer to reach students and they wanted a way for kids to get involved now.

“We’ve been throwing this idea around for a long time,” Vermeulen says. “It’s a huge passion of ours, and we’re excited to get to see other kids learn how to code.”

He adds the benefit of code-savvy young people extends beyond their own earning capacity to the wider economy.

“We’re already seeing Australia falling behind. There is massive competition for developers, and without those skills it’s going to be really hard to move Australian companies forward,” Vermeulen says.

Students can sign up directly on Learnable with the first 10,000 receiving three years of access to a range of online coding, web design and app building courses for free valued at $1000 per student.

SitePoint and Learnable co-founder and start-up investor Leni Mayo told StartupSmart it is increasingly urgent Australians seize the opportunity to learn to code or risk falling too far behind to catch up.

“When SitePoint started in 2000, we had two employees,” he says.

“Now across the companies we have well over 150 staff. We’re hiring at a great rate, and as a country we’re not producing people who are talented engineers of tomorrow,” Mayo says, adding the number of computer science graduates had dropped by almost 50% between 2001 and 2013.

He says while Australian tech companies are staying afloat due to tech talent immigrating from overseas, Australia needs to do more to take advantage of the tech boom.

The initiative has been welcomed by the wider community, including both sides of politics.

“Coding skills, or at the very least an understanding of what can be done through coding, should be seen as core competencies. People who can create, enhance and use digital tools have the ability to participate fully and enhance the accessibility and equity of our digital environment,” Lundy says.

Shadow Minister for Communications and Broadband Malcolm Turnbull added that Australians needed to be both digitally literate and creative.

“It is not enough to be digitally literate, all of us need to become more digitally creative. And where better to start than schools. More computer science, more coding in schools is vitally important. This is a great initiative,” Turnbull says.

Vicki Forbes, the principal of Brentwood Secondary College, a pilot school in the program, says in a statement secondary schools had to teach all the skills needed for future careers.

“Our secondary schools are now home to students who were born in the 21st century and many of them intuitively act as creators of technology rather than just consumers,” Forbes said. “We are very excited to be the pilot school for such an innovative project.”