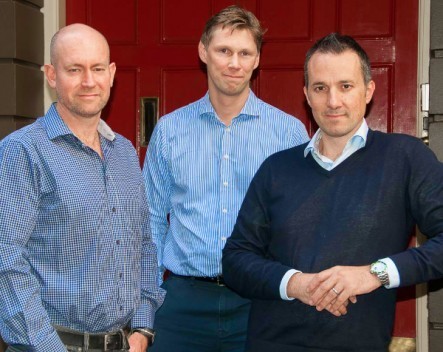 Melbourne fintech startup Moula has raised $30 million in Series A funding in a bid to accelerate growth and improve its product offering.

The round was led by Liberty Financial and NCN Investments, along with a group of private investors.

Co-founder and chief executive Aris Allegos told StartupSmart the Series A will allow the company to maintain its strong growth.

“A big part of it will go towards lending or facilitating the borrowing for our customers,” he says.

“It’s not dissimilar to some e-commerce shops where you need inventory to sell shoes and books. We need inventory which happens to be money. And then aside from the actual lending, a large part of it will go towards growing the team [and] continuing to develop the technology.”

Read more: ‘Punched in the guts’ Moula digs in as OnDeck prepares to enter the Australian SME lending market

Allegos says a portion of the funds will also be used to educate the SME market, which is a hurdle facing many local fintech startups – particularly in the lending space.

“They want to know their data is safe,” he says.

“The marketing is about telling people we’re a responsible lender, sensibly priced and there’s none of these fees typically associated with alternative lending. So that’s obviously a really important platform for us – using that money to send the right message.”

Last month Moula was turning over $200,000 worth of loans each week with the average loan size around $30,000. Those figures have grown significantly since then.

“We had a week about two weeks ago where we did in excess of a million [in loans]. So we seem to be getting to a point where we’re hovering around that million dollar mark a week. When you look at the exponential growth, we’re definitely on that curve. But it’s just as important to get the money back as we put it out the door.”

Sydney and Melbourne shaping up to be fintech hubs

As for what he thinks about the Melbourne-Sydney rivalry, Allegos says the fintech talent coming out of the two cities is evenly spread.

“If anything, I’d say it’s important for both Sydneysiders and Melbourne folk to work together to ensure that somewhere like Singapore doesn’t take that mantle insofar as Asia is concerned,” he says.

“I would be more focused on that than the Sydney-Melbourne rivalry.”