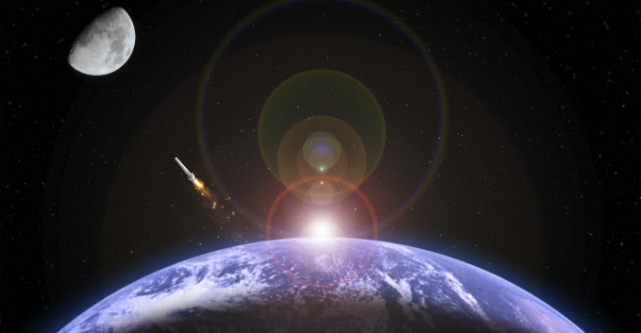 Failure should be celebrated and even rewarded in startups that strive to constantly innovative, the head of Google’s “moonshot factory” says.

Astro Teller, the leader of X (formerly Google X), says a focus on failure and encouraging employees to identify this is what sets the ambitious organisation apart.

“The Silicon Valley hype machine created this myth of visionaries who effortlessly build the future. Don’t believe the hype,” Teller writes on Medium.

“The moonshot factory is a messy place. But rather than avoid the mess or pretend it’s not there, we’ve tried to make it our strength.

“We spend most of our time breaking things and working to discover that we’re wrong. That’s the secret.”

While admitting this is a very hard cultural shift for most, Teller says that X has shut down over 100 investigations last year – and he’s proud of that.

He says that there should incentives within startups for employees to admit defeat on certain projects.

“Our teams kill their ideas as soon as the evidence is on the table because they’re rewarded for it,” Teller says.

“We’ve found a balance that’s working for us – allowing or unchecked optimism to fuel our visions and then harnessing enthusiastic skepticism and critical thinking as a way to breathe life, breathe reality, into those visions.

“Shifting your perspective is so much more powerful than being smart.”

In the post, Teller shares three of the moonshot factory’s failures from last year and how they’ve led to bigger and better things for the mysterious organisation.

The team at X had attempted to create vertical farming that would have required 10 times less water and 100 times less land than the current methods.

“We made progress on many of the issues like automated harvesting and efficient lighting but in the end we couldn’t get crops like grains and rice to grow this way, so we killed the project,” Teller says.

With the intent of reducing the cost of shipping to that of boats or plans, and reducing the carbon footprint, Teller’s team set their sights on “a real moonshot”.

“We pay enormous costs in both resources and environmental damage to ship goods worldwide,” Tellers says.

“Economic development of landlocked countries is limited by lack of shipping infrastructure.”

But with the costs of R&D and the materials to build a prototype set to be over $US200 million the program was swiftly shut down.

“If a project has an Achilles heel, we want to know upfront, not way down the road,” Teller says.

Providing a true lesson in the virtues of failure, Teller describes how a doomed project eventually lead to one of Google’s most promising ventures.

Three years ago the team at X began working on a model of self-driving cars that required the ‘driver’ to take over for an emergency, but they quickly discovered it was a “really bad plan”.

“It just wasn’t safe. People didn’t do their part, staying alert in case the car needed to hand control back to them,” Teller says.

Admitting this failure early on and looking for new innovations eventually led to Google focusing on the entirely driverless cars that it is working on currently.

“This was a very serious moment and it sent the team back to the drawing board,” Teller says.

“And they came up with a beautiful new perspective.”