Startup life in the public arena: Etsy’s growth pains a year after IPO 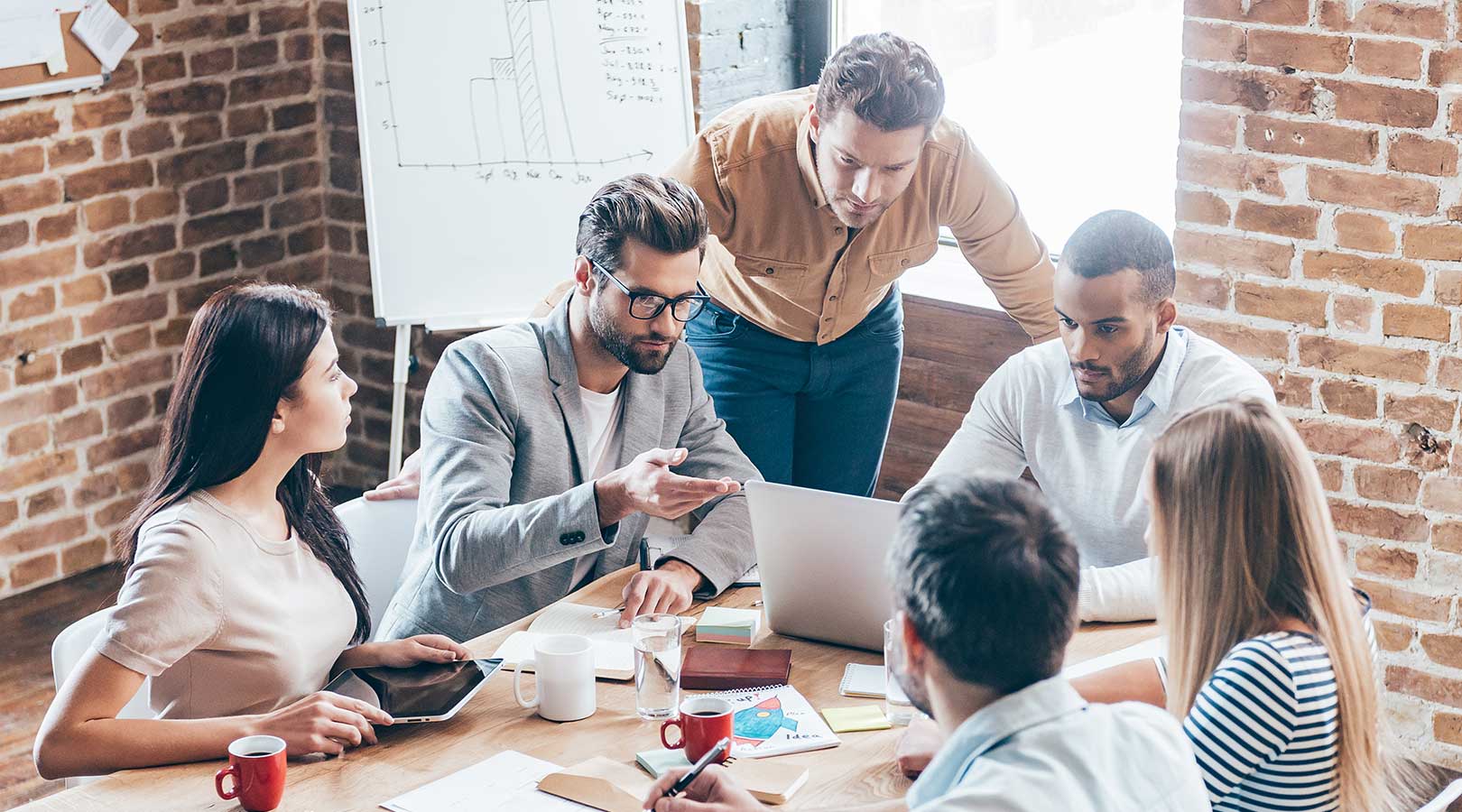 Etsy IPO’d last year for $15 per share and then doubled on its first day of trading to $30 per share.

What happened next is a lesson in the intrinsic growth capacity of a business hitting the stretched expectations of public market investors, driven by a high valuation.

Every business has an organic growth rate. The level of differentiation of a product offering determines the willingness for customers to talk about that product to others, creating new customers and an organic marketing channel forms.

It breathes without the need for advertising.

For most companies it is limited and breathless, requiring paid marketing to build a customer base at a reasonable pace. The most successful startups are those that can build a large organic channel without the heavy reliance on paid activities.

Every performance metric, particularly repeat purchases and customer referrals, is better for an inbound customer versus a persuaded, through advertising, one.

It really is better if you don’t pay for it.

The strategy for most startups until recently was to concentrate on growth rate, not growth potential.

A founder raised capital, spent aggressively to reach a KPI milestone, and then funded and promoted again – fund then pump, pump then fund.

From the beginning, Etsy benefited from a strong organic growth capacity. Etsy found traction among an idealistic maker movement and rode that swell to massive organic growth, despite co-founder struggles.

From a Brooklyn apartment to an IPO

It started back in 2005, in a Brooklyn apartment.

Rob Kalin, Chris Maguire, and Haim Schoppik created Etsy to give makers a better online platform than eBay to sell their goods. Kalin, the visionary, was known to make his own furniture and his own underwear and has previously said that trying to maximize shareholder value is “ridiculous,” adding: “I couldn’t run a company where you had to use that as an excuse for why it was doing things”.

Maguire and Schoppik, frustrated from working day and night to keep the trains on time while Kalin dreamed of new features and as Etsy grew quickly, left the business at the end of 2008 when Etsy was generating approximately $88 million in GMS.

At the same time, Chad Dickerson was brought in by Kalin as Etsy genuinely needed leadership and a CTO, who would replace Kalin as CEO three years later.

With Dickerson at the helm, Etsy grew to $2.39 billion gross marketplace sales in 2014 up from approximately $526 million in 2011, following his replacement of Kalin. Despite leadership changes, much of Etsy’s growth came from organic activities.

As stated in their SEC filings: “Much of the growth in our member base to date has originated from word-of-mouth referrals and other organic means, as historical marketing expenditures have been limited”.

Paid traffic accounted for only 2% of total traffic volume in 2011 and 6% pre-IPO in 2013. Clearly, organic traffic powered Etsy’s growth curve.

Etsy’s GMS growth rates are mirrored by Etsy’s branded search volume growth, which is a proxy for the strength of its organic marketing channel.

However, every business has a peak growth rate. It occurs when a company can no longer achieve an earlier growth rate. It’s expected to happen at some point. In the extreme, products reach market saturation and can only grow with the population. The worldwide volume growth of Coca-Cola concentrate is a good example; it has been growing at 2% since 2013. Etsy reached its peak growth in 2007 and 2008.

Growth from here will be difficult because of the decline in the underlying growth capacity. Even Etsy expects the deceleration in GMS growth to continue.

Before listing, analysts were foreseeing that the robust growth will continue, albeit at a reduced rate, with one caveat. Etsy hadn’t previously pushed hard on paid marketing spend. One could argue that Etsy could grow, in spite of peak growth, using ad dollars. If Etsy increased GMS by 51% in 2014 using only 14.3% of revenue for marketing, what could it achieve spending much more?

Morgan Stanley, in its initiating research report, forecast GMS to compound at 25% for the next four years, growing from $1.9 billion to $4.7 billion.

“We see runway for 25% gross merchandise sales growth, believe LT gross margins settle in the low 60s (vs. expectations for low 50s), and our buyer acquisition math supports Etsy’s ad spending. We initiate at EW with a $20 PT.”

Etsy, somewhat stubbornly, gave no future earnings guidance at the time and did not plan to as a public company going forward.

“When we’re public, we do not plan to give quarterly or annual earnings guidance. I think providing quantitative earnings guidance is misaligned with Etsy’s mission. For example, the pressure to hit a quarterly financial target could incent us too heavily to seek near-term gains, which could diminish our ability to fulfill our larger mission over the long-term.”

One could argue that not providing guidance can result in a severe mismatch in shareholder expectations and Etsy did seem to be seeking near-term gains by planning to spend aggressively on marketing.

Many factors drive valuation but growth expectation is typically the biggest contributor. At the time of IPO, investors seemed to ascribe a high valuation multiple to Etsy in anticipation of strong marketing fueled growth beyond the growth capacity of the business.

Etsy was valued at approximately nine times forecast CY2015 revenue at IPO. It then doubled in market value on its first day of trading, catapulting Etsy into the 10x revenue club.

Imagine how it must have felt for Kalin, Maguire, and Schoppik to see their Brooklyn apartment creation become a public company and double on its first day of trading, valuing it on a higher multiple than the vast majority of Amercian businesses.

Dickerson, after taking the reins from Kalin in 2011, was now sitting with a new group of public investors, an analyst community and the daily news flow of Wall Street watching and analysing his every step.

A high, dizzying stock price can pressure management to execute a more aggressive business plan to justify and live up to said multiple. Etsy could no longer grow at its sustainable capacity in private.

Among Etsy’s six key executives, there isn’t a marketing professional listed. But the marketing budget of Etsy went from $11m in 2012 to $66.8m in 2015. GMS growth halved in 2015, but marketing almost doubled. Marketing activities became inefficient.

As a percentage of revenue, marketing expenses jumped from 14.6% in 2012 to 24.4%. Additional dollars spent were not equating to additional units of GMS, or put another way; marketing efficiency diminished.

There is a correlation between marketing efficiency and the point in which a firm is on its lifetime growth curve. A company can only push a growth capacity so far before marketing becomes inefficient. Sometimes, you just can’t grow faster even with unlimited spend. Etsy tried pushing beyond its sustainable growth rate, which hurt profitability.

Lower returns on marketing spend reduce growth expectations, which result in a declining stock price. The public market investors, with a large universe of investment alternatives, are not forgiving.

Etsy’s stock price collapsed from $30 per share to $6.04 per share in its first year of trading, a terrible outcome for the investors, who had inflated expectations and for Dickerson who had tried to match them.

Be wary of allowing valuations and investor expectations to get ahead of themselves. It is better to be on the other side.

Today, with a much lower valuation and reduced growth expectations, Etsy should dial back on marketing spending and grow more profitably with the underlying growth capacity of its business.

The public arena is a powerful force that can convert even the most stubborn.

At the end of Etsy’s first year in the public market, Dickerson began providing three-year financial targets covering GMS growth, revenue growth, gross margins, and EBITDA margins. Etsy forecasts GMS to increase only 13% to 17% from here versus the approximately 25% CAGR most analysts were predicting a year earlier.

Let’s see how the next year works out for Etsy as a new, somewhat bruised, public face.

This piece was originally published on Paul Bennetts’ website.