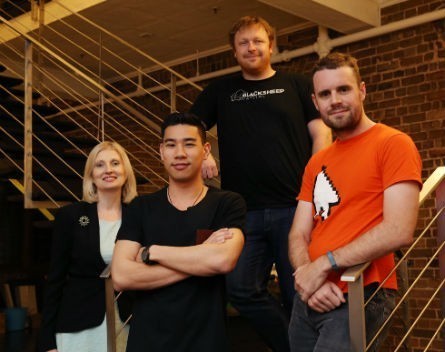 GiggedIn began in 2013 as a platform aiming to remove the risk for bands looking to play live gigs. Bands start a project on the platform and backers are able to influence the location, time, suggest support acts, and buy tickets. Founder Edwin Onggo said he soon realised that getting people out of their homes to attend concerts was a problem that plagued not just bands, but also larger promoters and tour organisers.

“As we’ve grown and worked with bigger organisers and artists, we realised the biggest reason people don’t go to live events, was simply because they haven’t heard about them,” he says.

“So we’ve grown to become a marketing platform that works with organisers to help them sell out shows.”

GiggedIn now provides a whole services for organisers and bands including ticket sales, sponsorships and marketing data, in addition to crowdsourced events. Currently GiggedIn is helping bands that are touring Australia test demand and select locations. Onggo’s goal is to eventually expand that feature so bands and promoters can use it to test demand and select which countries to visit on tour.

This round of funding will also support the launch of GiggedIn Infinite, a monthly subscription service that will give music fans the opportunity to attend unlimited shows from GiggedIn promoters every month.

“We’ve had strong interest from market with this subscription model so far,” Onggo says.

“Our testing has shown it’s a win-win for fans, event owners and artists as it encourages fans to attend a greater amount of shows each month and to discover new acts. Anything that connects more fans to more artists excites us and so does the potential to drive this globally.”