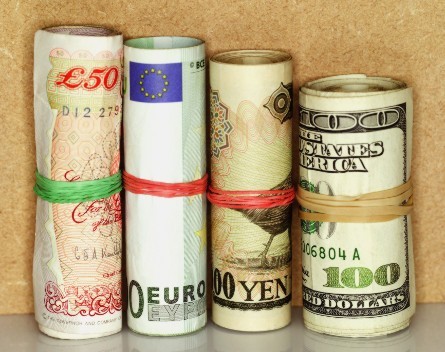 Localizer is a tool that helps companies translate and localise all content, right down to the SEO, to a range of different international markets.

The startup is based out of Tank Stream Labs in Sydney and was founded in July last year.

It aims to smooth the transition of launching in a global market by quickly and effectively localising all content, Fitzpatrick says.

“It’s a tool to help companies localise their brands and then go global,” he says.

A lack of international awareness

The opportunities on offer for Australian startups in foreign markets are often overlooked, Fitzpatrick says.

“Australian brands are seriously uneducated in this area, they don’t actually know about it,” he says.

“This is a really big issue, especially with Australian companies. They’re not going global enough – they’re targeting the Australian market and maybe the American market and that’s it.

“That’s where Localizer comes in – it can help grow sales and boost a company’s image.”

This lack of global ambition is a big problem in the Australian startup community, Fitzpatrick tells StartupSmart.

“Australian startups are not seeking much outside of Australia, let alone outside of the US,” he says.

“Australia has so many opportunities but they’re going about it with the wrong mindset.”

He says that expanding to an international market can often be a lot harder than it needs to be.

“Most Australian startups are locating their business in Australia then they have issues expanding overseas,” Fitzpatrick says.

“They might be unfamiliar with the market, and funding is a big issue, as well as capability. The ecosystem still needs to develop.”

An army of translators

Localizer utilises a third-party site with 15,000 human translators in 42 languages and works with all major CMS, ecommerce platforms and web frameworks.

It has already completed the service for “hundreds of clients” and is based on a SaaS monthly subscription fee, as well as a “human translation” fee.

Ensuring that all content is tailored to a local market, especially SEO, is crucial in successful embracing a new market, Fitzpatrick says, pointing to a Gala Global study that found 56% of consumers care more about the ability to obtain information in their own language than the price.

To use the platform, founders have to identify which areas they want to be translated and in which language, and then approve or edit the copy upon its return. They can then copy and paste an integration code into the backend of their site.

“Every new startup should be using our service to A/B test the market,” he says.

“The website can be set up to quickly test the international markets. For them to build that system into the platform would take three months at least.”

The venture has been entirely bootstrapped by the founder so far on the back of some successful past exits. According to Fitzpatrick, they’re not in a rush to secure an investment.