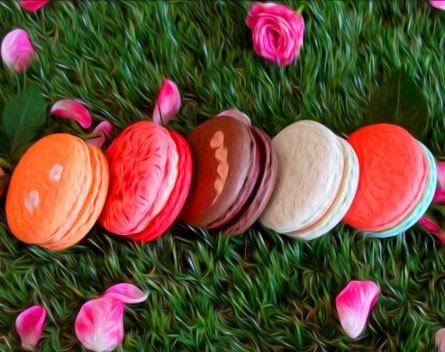 The founder of handmade premium macarons range MakMak Macarons has opened his first permanent retail outlet in Sydney following the success of a Christmas-themed pop-up shop.

After originally operating as a wholesaler, MakMak opened a pop-up shop within its existing venue in Newtown. Previously, the space only housed MakMak’s production kitchen.

Open from December to January, the pop-up shop had an Australian Christmas theme. According to Heng, the shop was a huge success.

“I think it was definitely the locals that kept coming back. I think after the first day we started to get customers that we would see three or four times a week. People would pop in on their way from work,” Heng told StartupSmart.

“It was good to get that feedback from people straight away because sometimes when you’re doing wholesaling you get it filtered through your stockists so you don’t really know what’s happening. [We realised] there’s definitely a demand for our product.

“We’re still doing wholesale. Don’t get me wrong – it’s still a huge part of our business.

“But the customers don’t know who’s behind the product and how much care goes into the product… When people come into the shop, they can see what they’re paying for.”

MakMak decided to open a permanent retail outlet, having already made room for the pop-up shop within its site.

“We needed space in our production kitchen to do the pop-up store. Before that, we were just making macarons there. There was no retail space,” Heng says.

“We just made space within the production kitchen to have a takeaway macarons shop… Now we’ve just made that a permanent set-up.”

To mark the opening of its permanent retail space, the site has been transformed into a botanical garden, inspired by MakMak’s latest collection of macaron flavours for autumn.

The space has been converted into an indoor garden. In addition to grass underfoot, customers are greeted by more than 50 plants including citrus, chilli, basil and parsley.

Heng says he hopes the flamboyant fit-out will resonate with local residents.

“[The fit-out] was quite a challenge, I have to admit. There were quite a few times where we had to step outside the shop and just look at the shop,” he says.

“We had a great window space but at that point it was covered up in white paper. So when we wanted to have the pop-up store, we had to sit down and say, we’re sacrificing a lot of floor space. We thought, can we keep production levels at the levels we are running with less floor space?

“We had to plan quite a bit but in the end it’s working out well.

“At our end [of Newtown], there are more families. It’s more a daytime crowd than a nighttime crowd. That definitely played into our decision.

“People walk by your shop but no knows that it’s there. That’s why we decided to change our theme when we launched the new flavours. Everyone’s going to take a double look.”