Mapping the way to Perth becoming the new startup boom-town 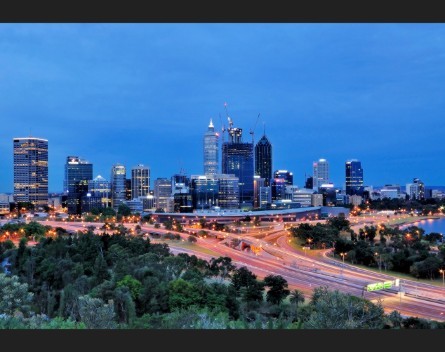 The Perth startup scene is booming and will continue to grow so long as entrepreneurs know where to find funding, Techboard co-founder Rafael Kimberley-Bowen says.

Techboard has released the Perth 2.0: After the Boom report, mapping how more than 200 emerging Western Australian companies connect with the state’s startup hubs.

Techboard is also tracking the progress of another 400 new Perth-based businesses.

Kimberley-Bowen says WA’s blossoming startup scene is comforting as the state comes down from the highs of its resources and construction boom.

“People are asking, ‘What’s next for WA?’ There’s a sense of excitement that comes with that,” Kimberley-Bowen tells StartupSmart.

“Everyone’s looking to innovation as the next chapter for us.”

While Perth is home to a number of successful mining sector startups, the Techboard map shows software companies are the most connected in the city.

Kimberley-Bowen is encouraged by this diversity.

“I think it’s important not to pigeonhole what the potential is of the startup scene here,” he says.

“Perth doesn’t want to be a one trick pony.

“As we try to nurture the next wave of startups, it’s important we play to our strengths and acknowledge the resources sector, but it’s also important to nurture startups in different sectors.”

Techboard, which launched earlier this year, is trying to raise the profile of all of these startups.

The platform releases a fortnightly top 10 ranking of local businesses based on factors like awards, coverage in the press and social media activity.

Kimberley Bowen says the ranking is a way of celebrating the success of local startups.

Another way he and co-founder Peter van Bruchem are trying to help local entrepreneurs is by directing them to sources of funding like investment platform AngelList.

The Techboard report says 2500 investors on AngelList are interested in the Perth market but just 147 of the city’s startups are listed on the site.

Kimberley-Bowen says many companies in the Western Australian capital don’t even know about options like AngelList.

“Techboard is going to be pushing to make our startups more aware of what sort of finance options are there,” he says.

If the newly-minted map of Perth startups is anything to go by, many are already reaching out to accelerators, incubators and award programs for assistance.

But Kimberley-Bowen says a company’s connectedness to these hubs should not be the only measure of its success.

“Some companies will turn up to the opening of a fridge door; go to every event to raise their profile.

“That’s not a bad thing, but it’s not an indicator of long-term success.

“Then there are startups who are winning awards and being accepted into accelerators because they are achieving something.”

Maps like the one in Techboard’s report have previously been made of startup ecosystems in Melbourne and Sydney, and Kimberley-Davies says WA residents can expect another map of Perth companies later in the year when StartupWA releases theirs.

“Their perspective will of course be different to Techboard’s, but it’s another sign of activity and energy building up in the space here in Perth,” he says.