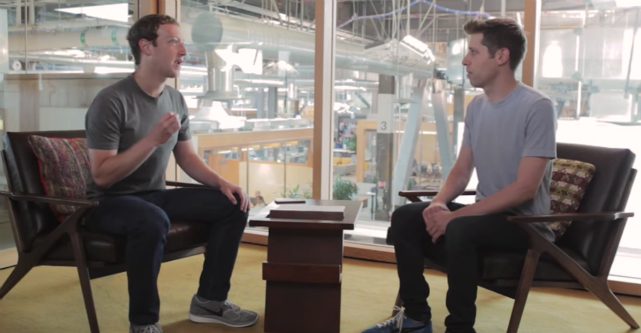 One of the toughest decisions Facebook founder Mark Zuckerberg has had to made was over a $1 billion offer from Yahoo.

“It was a couple of years in, and we had 10 million people using the product at the time, so it wasn’t as if it were obvious that we were going to succeed,” Zuckerberg says.

This was when Yahoo walked in and offered to buy Facebook for $US1 billion.

“That caused a lot of interesting conversations in the company and with our investors,” he says.

But ultimately it was Zuckerberg who had to make the call.

“That was really stressful because a lot of people really thought that we should sell the company,” he says.

Zuckerberg says he chose to hold onto the company because even in the early days he knew it had a promising future, but saying no to that much money is never easy.

By rejecting the offer, Zuckerberg lost his entire management team within a year, and he says this was in part because of his own failure to effectively communicate what his long-term vision for Facebook was.

“I feel like at that point I hadn’t been very good about communicating that we were trying to go for this mission,” he says.

With no culture or strategy in place to bring on or motivate people to believe in Facebook’s purpose, when it came push to shove, Zuckerberg’s earliest employees were more than happy to let it go for the right price.

“We just showed up every day and just kind of did what we thought was the right next thing to do,” he says.

“So for a lot of the folks who joined early on, they weren’t really aligned with me.

“For them, they joined, and being able to sell a company for a billion dollars after a couple years, that was like a home run.”

But Zuckerberg soon realised he had made the right decision – Facebook now has a market cap of $US363 billion.

“We launched News Feed, which now 10 years looking back at it, is one of the most used products in the world. And then we launched the ability for anyone to sign up, which immediately started growing the community.”

But the tough decisions have only become more common.

“Sometimes you have to bet on something and either bet the direction of the company or bet billions of dollars on something, and it’s not going to be clear whether you’re right for five or 10 years,” Zuckerberg says.