Meet Alpha, a robot that more than carries its weight 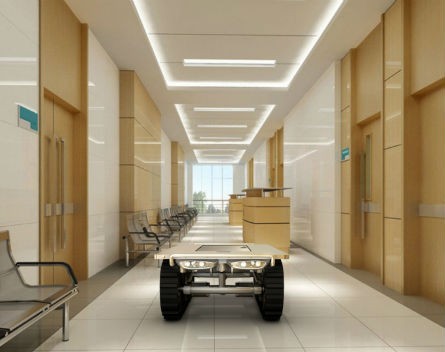 Tired of lifting and carrying those back-breaking loads? An Australian firm has launched a crowdfunding campaign for an autonomous robot that can do the hard work for you.

Sydney-based robotics and drone manufacturer Lev Enterprise, founded in 2010, has launched an Indiegogo campaign to fund the Alpha Robot, which will be controlled through an app designed for Android tablets.

The device consists of a platform mounted on six wheels, fitted with sensors, cameras and lights, with rechargeable batteries powering up to two hours of continuous operation.

A purpose-specific carrying tray can be placed on the platform, turning it into a hydraulic scissor lift, a wheelchair for two passengers, or mobile solar panel.

Depending on the model, it will have a total carrying capacity (including the carrying tray) of 250 kg, 500 kg or 1 ton.

The device can either be set to work in ‘autonomous mode’, be remotely controlled through tablet, or be guided by a magnetic strip up to 50 metres long.

Autonomous mode works by launching the control app on a tablet and then walking along the path you want the Alpha to follow. The path is automatically translated by the app into directions, which are automatically uploaded into robot.

The Alpha Robot has a large potential market, with practical uses for a range of different businesses, including the removalist, warehouse, logistics, construction, farming, retail, emergency services and film industries.

Founder Teeray Murphy told StartupSmart there has been a lot of positive reaction from businesses about the concept.

“We’ve had quite a bit of interest in industries we visit. In the removalist industry, they require autonomous robots, and we want to make it affordable enough to be able to use in the home,” Murphy says.

“We aim to make it as flexible as possible.”

Murphy says the crowdfunding campaign will help Lev Enterprises move the project from the concept stage towards prototyping and testing.

“We’ve spent the last four months working on the design and concept. Now we’re moving on to assembling components, building prototypes and testing,” he says.