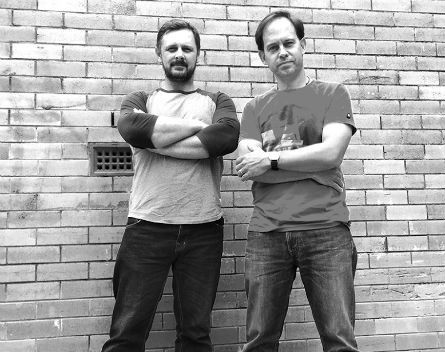 Brisbane-based Kitovu is gearing up for its first commercial release of its software-as-a-service task and time management product, with co-founder Tom Cameron saying that releasing the software in beta has been a successful strategy for them.

“The first thing is that it’s taken longer than we would have liked, but it has been useful and successful. The vast majority of the feedback was for features and functionality we were already going to do, so we could tell that we were on the right track,” Cameron says.

“But it also allowed us to prioritise those tasks into numbers and work out what we needed to do next.”

Alongside Kitovu, Cameron is the technical manager at Mooball IT, while his cofounder, Troy Best, is its managing partner and creative director. Kitovu, in turn, developed from internal systems the pair used as IT consultants.

“Kitovu is a client-centric task-management and time tracking system targeted at any client-focused work, such as consulting, freelancing, architecture, IT, engineering – anything like that.

“It came about because Troy [Best] and I have been working in that industry for 18 years, in our case as IT consultants. Six or seven years ago we developed an internal IT tracking software to manage our tasks, and we discovered there were big improvements in how we carried out our business.

“And, because we were already in IT, we were in a good position to market it.”

Cameron acknowledges that task and project management is a crowded marketplace. He says the best product for the job depends on the style of your business and what suits it – different systems will suit different businesses.

“A lot of project management software is project focused, around a small number of large projects. We feel a lot of small businesses actually do a large number of small tasks… It’s a non-tech solution in the sense that we want it to be something that non-tech businesses can use.

“A lot of project management software focuses on the early stages – on documentation, calendars and Gantt charts – whereas what we find is that a lot of what small businesses do is react to things as they happen, for example if they get an urgent phone call.

“It’s client-centric – many project management packages have no notion of a ‘client’ in their user interface. Also, a number of solutions don’t integrate time tracking.”

Kitovu already has around 3000 companies and users in more than 50 countries as customers. It is offering these beta testers a special reduced price when the final version launches.

Looking forwards, integration with other cloud-based services will be a key focus of Kitovu’s product development into the future.

“Once we’ve covered task and time management, our next focus is integrating with third party systems. That includes Google Apps for authentication, Box.Net and Amazon for storage, and integrated billing with FreshBooks and Xero.

“We also want to develop APIs for automated task systems task systems, for example feeding information from a form on a website into Kitovu, or even having a hosting company alert for tasks.”