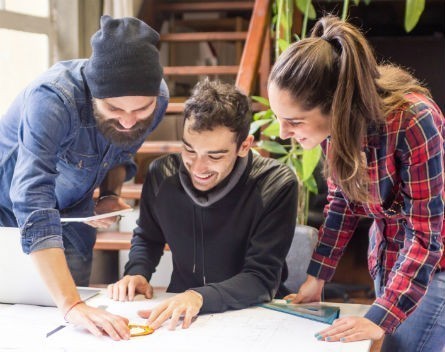 Perth’s startup ecosystem is set for a boost thanks to eight startups snapping up a place in the first Amcom Upstart program.

The accelerator offers each startup $40,000 in funding along with a three month professional mentoring program.

Each of the chosen founders will work from co-working space Spacecubed, with the accelerator commencing on June 2.

The eight startups are:

Amcom Upstart’s co-founder and managing director Robert Nathan told StartupSmart he was pleasantly surprised by the wide range of companies that ended up applying for the accelerator.

“The requirement of the program was startups simply had to have software, so from the very beginning we set out with a broad mandate,” he says.

“But what we rounded up was an incredibly diverse set of startups in terms of the verticals they’re focusing on – mining, gaming, the modelling industry and mobile targeting.”

“In the current market generally there’s a lot of people focusing their accelerator programs on a particular market, but I think there’s strength in having a diverse range of entrepreneurs and a diverse range of markets. On one hand it’ll be a challenge, but at the same time I think the cross pollination of ideas is really, really exciting for the program.”

Perth startup scene “going gangbusters” with no sign of slowing down

Nathan says the Perth startup scene has a bright future due to the recent downturn in the local mining industry.

“It’s absolutely going gangbusters not just in terms of interest generally, but other programs like The Founders Institute which is kicking off in Perth now,” he says.

“So it’s the same across Australia, but certainly in Perth everyone is thinking about doing a startup, which is great.”

As for his advice for founders wanting to get themselves into an accelerator, Nathan says the key is to find an industry you love and want to disrupt.

“When you look at all the startups we accepted into the program, they’re all individuals or teams that are working on a problem in a marketplace in which they’re passionate,” he says.

“And that comes through in their presentations. So my advice to any startup would be to pursue something that you’re passionate about.”