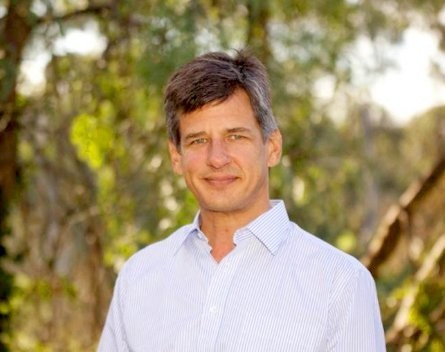 Disruptive has become a buzzword in the startup community, thrown around by any new company wanting a piece of a crowded marketplace.

But some ideas and companies actually do disrupt their industries. This award celebrates the companies that are already causing a stir and are likely to continue doing so.

After struggling to understand their own health policies, cofounders Andy Sheat, Chloe Quin and Alex Geers decided there had to be a better way to do insurance and decided to find out.

Health.com.au is two years old and makes over $58 million in annualised revenue.

While the bitcoin industry is still in its early days, it has enormous potential to disrupt commerce online. Melbourne-based CoinJar is seeking to be part of that movement.

Launched by Asher Tan and Ryan Zhou, both of whom have launched digital currency startups before, the startup is working to “create the infrastructure to challenge existing financial systems”.

While the startup is less than a year old, they have over 20,000 Australian users and have been making over $100,000 per month for the last quarter.

Tan spoke to StartupSmart in December last year about their first round of external investment.

Parkhound is shaking up one of the biggest metropolitan conundrums, how to fix chronic parking shortages.

Founded by Robert Crocitti and Michael Nuciforo, this six-month-old startup is heading toward $100,000 in revenue for the first year already.

The online marketplace allows drivers seeking spots to find local property owners with spare spaces. The founders say the local parking industry is worth over $1 billion in Australia.

Crocitti spoke to StartupSmart about their decision to take payments in bitcoin late last year.

Online security is a multibillion-dollar industry set to keep growing for years to come. Crowdsourcing is also a burgeoning phenomenon. This startup is right in the sweet spot to ride both waves.

Founded by Casey Ellis and Chris Raethke, BugCrowd runs competitions, known as bug bounties, with professional hackers and testers for big clients who want to make sure their websites are as safe as possible.

Built on a marketplace model, the company made over $250,000 in revenue last year.

Ellis spoke to StartupSmart about their $1.6 million fundraising round, moving to the US and learning to speak American in September last year.

After a couple of years trying to find the right business model to monetise their passion, wine deals site founders Andre Eikmeier, Justin Dry and Leigh Morgan have settled on a good one that brought in over $10 million in revenue last year.

Taking on the two biggest grocery sellers in the country, Vinomofo connects wine consumers to deals and a wider range of winemakers.

In the past six months, the user base has almost doubled, and their e-commerce rates have skyrocketed.

Eikmeier spoke to StartupSmart about the struggle to find the right business model and the risks they took to make it work in November last year.