Meet the Perth start-up that’s raised $2.5m after being kicked off Kickstarter 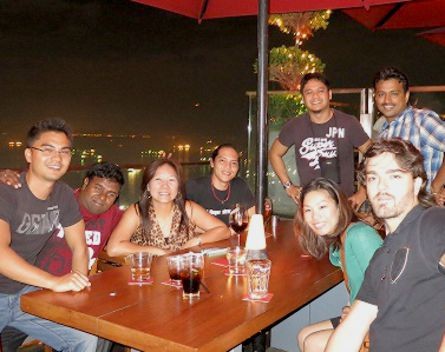 VGW, founded in 2010 by Laurence Escalante, is building the world’s first social gaming, virtual world and casino-grade gaming platform, tapping into the trend of social gambling.

Now, the start-up has secured $2.5 million in a Series A funding round led by Triple C Consulting, a Perth-based boutique investment brokerage firm.

A number of high-net-worth individuals also participated in the round, although their names remain undisclosed.

VGW will use the funds to finalise its gambling licence, fuel development and initiate marketing for Chumba Casino – a virtual world social game platform with a casino-grade back-end.

The funds will also enable VGW to invest in its gaming platform for Facebook and mobile devices.

“Because of the explosive growth in social gaming and online gambling, we’ve been able to secure $2.5 million in funding relatively quickly,” Escalante says.

“We stand at the intersection of social games and online gambling, and it’s an exciting place to be. Collectively these industries are expected to exceed $45 billion by 2015.

“Our total user accounts is north of 40,000… This funding will allow us to expand Chumba Casino, and position VGW as an innovator in the social gaming and gambling industry.”

Escalante says VGW decided to accelerate a Series A round of funding after “unceremoniously being kicked off Kickstarter for no stated reason”.

“It’s a strange story. The first version of the page we put up included some references to real-money gambling,” he says.

“We applied for that a good couple of months ago now. The first time we applied, we were just flat out rejected. We thought Kickstarter didn’t want to handle that sort of product.”

Although real-money online gambling is legal in Australia and the United Kingdom, it’s still illegal in most parts of the United States. The only states in which it is legal are Nevada, New Jersey and Delaware.

“The reason they gave at the time wasn’t because Kickstarter has anything in their guidelines about real-money gambling,” Escalante says.

“They said it was because of Amazon’s payments process – it may fall foul of that. In the end, we just decided to do the virtual side of Chumba World… This time it went through the process.

“Then maybe three or four days into the campaign, it was just pulled without any reason – they don’t give any reason… We still don’t know why they did it.”

According to Escalante, the Kickstarter debacle had little impact on VGW, which is now gearing up for global expansion.

“Social casinos are a massive market and the biggest market by far is the United States, where it’s completely illegal in terms of real-money online gambling,” he says.

“A couple of states are legalising forms of it, so that will be an exciting development over the next year or so.”

In addition to the US, VGW also has its sights set on South America, Europe and Asia. In fact, Argentina is its second largest market.

Escalante’s team is scattered around the globe; he has staff in far-flung places such as India, the Philippines, Japan and Columbia.