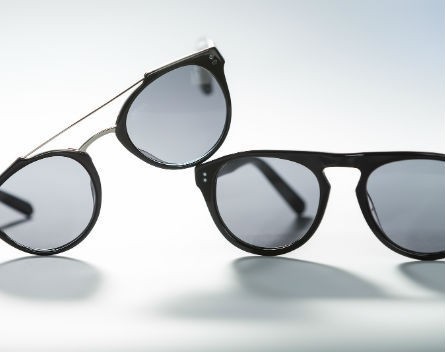 You will never misplace your sunglasses again thanks to an Australian startup that is combining stylish eyewear with GPS technology.

Sydney-based startup Tzukuri aims to fight plastic waste – not to mention personal inconvenience – by ensuring those who buy their company’s sunglasses will be easily able to track them down should they be misplaced.

The glasses are able to be tracked by the owner’s iPhone thanks to an app called iBeacon, which also alerts the user when their glasses have been left behind.

Co-founder Allen Liao told StartupSmart one in two people lose a pair of sunglasses within the first year of owning them.

“That’s around $6 billion worth of sunglasses and 26,000 tonnes of plastic waste each year,” he says.

Liao says a major driving force behind the startup was the fact he and his business partner wanted to produce wearable technology that was stylish and was relevant to people’s lives. While there has been a lot of hype around devices such as Google Glass, it is unlikely many people will be seen wondering the streets with Google Glass devices unless they look like an ordinary pair of glasses.

“The first thing was we wanted to create a really great wearable tech product for the general consumer that they would love,” says Liao. “The other point was obviously to stop people losing their sunglasses.”

The startup will allow people to pre-order the frames of their choice, which are handmade in Japan, for $249 from October 15. Liao says this will be the first shipment of the product, with only 1200 pairs available in the first round.

“One of the reasons we didn’t do a Kickstarter campaign is Kickstarter doesn’t allow eyewear – I’m not sure why,” he says. “We also wanted to control the entire experience.”

“Work with the Japanese,” he says. “They probably have the highest attention to detail in the world.”