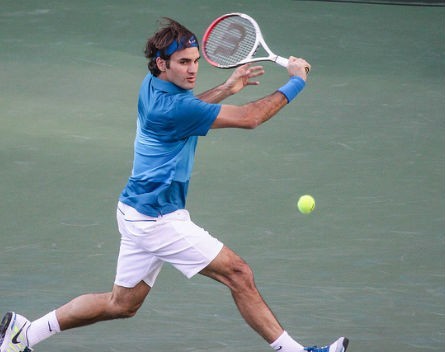 There’s roughly one million tennis players in Australia and Sydney-based startup IPN Tennis wants to rank every single one of them.

Even more ambitiously, the startup’s ultimate goal is to rank every tennis player in the world, so players can see how many people are between them and Novak Djokovic, Roger Federer or Serena Williams.

Using a web application and a smartphone app, IPN Tennis allows players to plug in their results and rank themselves against other players in their club, city or globally.

IPN Tennis founder Ross Mallace says he wanted to come up with a way to encourage tennis players to pick up the racquet more often. He says of the million tennis players in Australia, only around 5% are active players.

“At its very heart is everybody gets a rating, which is a number that says how good they are and goes up and down with every result they put in.

“So the idea is people will go and connect with other players that are playing at a true similar level, based on their results.”

Mallace says he came up with the idea, when he was wondering why he played a lot more golf than tennis when he was younger.

“In golf every time you play, you know you’re going to put your card in at the end of it and it’s going to affect your handicap and that number means everything to you,” he says.

“So that’s a big part of IPN Tennis.”

IPN Tennis was founded in January and Mallace is yet to seek investment. It currently has a working prototype with a few hundred people using the platform.

It will cater to clubs by offering closed communities where results will appear and matches can be arranged.

Mallace hopes tennis clubs will be excited by the prospect of increasing their community engagement.

The service will be based on a freemium model, anyone can sign up and get a provisional rating, but if they want to get an official rating, users need to play a minimum number of games, and pay a subscription fee of around $4, which gives users access to their local, area, state and country rankings.

“The dream is to give everyone world rankings, no matter where you are, so you feel truly connected to the tennis world,” Mallace says.