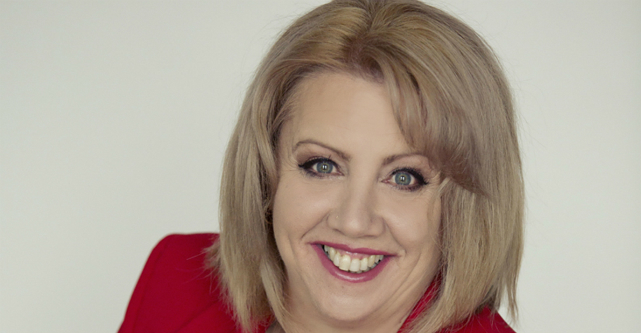 After climbing the ladder over a 30-year career in the male-dominated logistics and corporate industries, Thorne says she is using her story and broad global networks to show women that success is possible.

“It doesn’t matter what culture you are, what colour you are, what religion you are, whether you’re deaf, blind, I think we all need to work together,” Thorne tells StartupSmart.

She founded the Australian Women’s Network to create an open community where women can access tools and resources to achieve their goals.

“I’ve already connected to the States, to Canada, to Asia – that’s where my clients for Boral were – and even Dubai,” she says.

On a mission to inspire greatness, Thorne wants her platform to eventually link with every women’s network around the world so that they can connect with role models, mentors and experts to help build their own ventures.

Serial entrepreur Nathalie Binette, who is now running her fourth business The Inside Job, will also speak at the summit.

She says the biggest challenge when starting out was pushing through and continuing to believe in herself even though she had no experience.

“But I was really ready to learn,” Binette says.

“By aligning myself with a mentor who could teach me what to do or help me see the traps that lay in front of me.”

An issue for everyone

Thorne also plans to run a men’s event in October this year.

“If you’ve got a senior executive in your business, some men feel threatened by that – well let’s try and get them to work together,” she says.

“It opens the conversation to men from an education aspect as well as women on what they can do to help themselves,” Brusi tells StartupSmart.

Telstra chief of staff Peter Scougall attended the event as an effort to be part of creating positive change for Australian women in the workforce.

He is involved with Telstra’s Brilliantly Connected Women initiative, which promotes opportunities for women in non-traditional areas.

“I’ve got a little girl who’s two and half so I guess a big driver for me is letting her reach her full potential,” Scougall tells StartupSmart.

With the knowledge that general business diversity leads to better results, Scougall wants to see a future where it’s just the norm.

“I’d love to get to a point where it doesn’t need to be separately on the agenda so it’s just kind of intertwined with business decisions that you choose roles based on merit and I want women to feature prominently in that,” he says.

Significant Women’s Network founder Elaine Jacobs says there are many more hurdles for women to overcome.

“We haven’t been in business long enough,” Jacobs says.