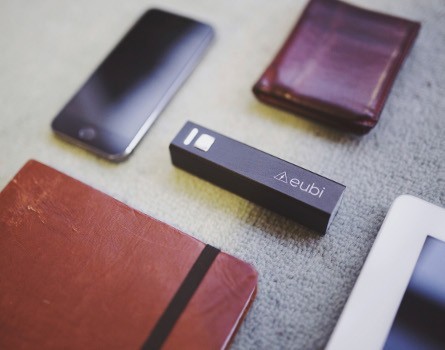 Is your phone constantly out of juice? Not to worry, a Melbourne-based startup is coming to the rescue.

Eubi, an Australian business that specialises in portable phone chargers, launched yesterday with products that resemble a small, stylish battery. The chargers, which are available in a range of colours, are compatible with any mobile device as long as the user has their phone’s USB cable.

Co-founder Melvin Chee says he started out selling electronics online and soon realised there was a gap in the market for portable mobile phone chargers. However, the concept for Eubi really took hold after completing an internship with Groupon Malaysia in December 2013.

“I was really, really surprised that people don’t actually know the usefulness of a portable charger,” he says.

Immediately after his internship, Chee flew back to Melbourne and started working on Eubi with three other co-founders. In March this year he started searching for a manufacturer in China.

While Eubi chargers are currently only available in Australia, Chee told StartupSmart he is looking to take the idea beyond our shores.

“We are looking to expand to New Zealand soon,” he says.

Eubi’s website is modern and sleek, with taglines like “stay on the go” and “cherish moments”. Chee says this is all part of the business’s marketing plan – he would like users to think of Eubi as more than just an electronic device.

“We don’t just brand it as an electronic brand but a lifestyle brand,” he says. “Something you carry around every day like a laptop or iPad.”

So far Chee has been bootstrapping the project.

“It’s been quite difficult,” he says. “Every penny we spend we say, should we spend this money? It would be great if we had an investor.”

The fact the project is being self-funded is all the more admirable when you discover that Chee is still a student, juggling his passion for startups while studying business, economics and finance at RMIT University. But he says he is getting the work/life balance “right for now”.

When asked what his advice to fellow entrepreneurs would be, Chee says sometimes you just have to put down the textbooks and take a leap of faith.

“Just do it,” he says. “Theory is good, but I always like to get out and do things.”