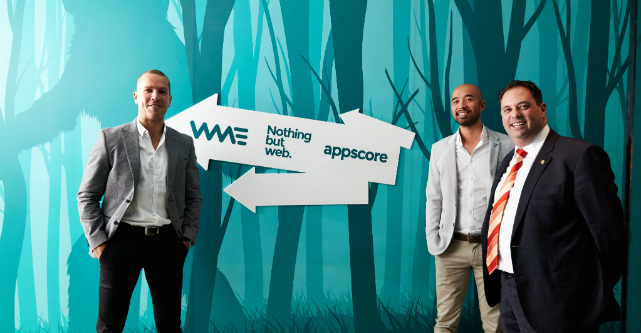 Digital marketing startup Web Marketing Experts (WME) has announced a big local expansion with the opening of a new office in Melbourne that will serve as its global HQ as well as a space to mentor early-stage tech companies.

WME’s new office, which will also house its mobile-focused branch Appscore, will provide space for the company’s 200 plus Melbourne employees, and will also aim to create 70 new tech jobs in the city in the next 12 months.

WME is a full service digital agency providing expertise on SEO, website design, social and other aspects of digital media.

“This expansion is another vote of confidence in Victoria as a tech leader across the Asia-Pacific,” Dalidakis says.

“It is fantastic to see local companies choose to stay and expand in Melbourne, but we also wish them success abroad because as they succeed, so do we.”

A global company with a local base

Founded in 2008 by Nick Bell, WME now employs more than 400 people across seven countries and brings in $46 million revenue annually.

Bell says it’s important that his company’s base remains local.

“We are thrilled to be keeping our Australian and global HQ in Melbourne,” he says.

“Since launching here in 2008 we have uncovered some amazing local talent. There’s no sign of that slowing down and we look forward to further growing the family here.”

The Melbourne office will serve as the company’s global HQ and will also feature a “tech hub” where early-stage startups will be mentored and promoted.

“We have the capacity and resources to give back and help build new, local tech startups,” Bell says.

“Given our international footprint, we think there is a great opportunity to provide exposure for these startups and help drive awareness and interest in the local scene.”

The first three startups to take part in WME’s program will be Nothing But Web, LeadChat and Hosting Australia.

The Victorian government has been focused recently on encouraging larger tech companies to come to Melbourne or expand their local operations in order to create jobs and nurture the local ecosystem.

Global startup players such as Slack, GoPro and Zendesk have opened up regional headquarters in Melbourne recently, while WME’s expansion follows in the footsteps of Appster, which opened a new office in Melbourne late last year said to be creating 100 new tech jobs in the city.

For Appscore co-founder and managing director Alex Louey, these movements are crucial in the overall development of the local ecosystem.

“With seven offices around the world we experience first-hand what is happening on a global scale,” Louey says.

“To ensure our long-term international success it’s critical that we keep building the depth of talent and opportunities here in Melbourne.

“Identifying and developing talent at home allows us to compete at an international level now and in the future.”