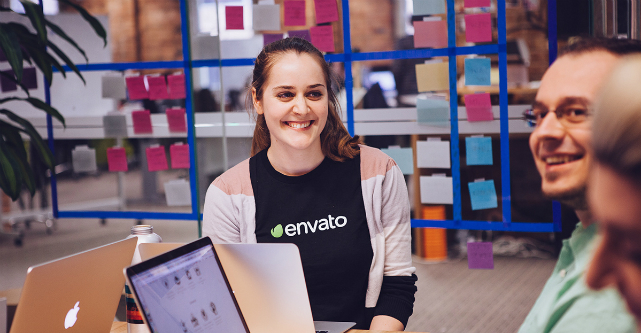 Online marketplace startup Envato has hit a major milestone, with users of the service now having earned over $400 million since the platform’s launch in 2006.

Over 60 users on the site have made more than one million in sales each through the platform.

Avada, the top selling WordPress theme of all time launched in 2012, is sold on Envato, and currently boasts over $10 million in sales.

The platform currently has 6.9 million users, and hopes to hit seven million shortly.

Envato’s general manager of market and elements customers Ben Chan says the company’s ultimate goal is to increase earnings for their users.

“Only a year ago we had 30 sellers earning over one million, and we’ve doubled that already,” Chan tells StartupSmart.

“Our sellers just keep producing and releasing, you won’t see them resting on their laurels.”

Envato has been going from strength to strength since its launch, and is looking to continue this with some recent marketing initiatives.

“We’ve developed a lot of marketing strategies, for example we now accept credit cards through our site, not just PayPal,” Chan says.

“Things like improving our search experience, having a shopping cart, and publishing more content – this all helps to spur growth.”

Chan says Envato was born global, and never intended to be focused on the domestic market, having customers and sellers in over 150 countries.

Despite this, Envato’s offices are based in Melbourne, and Chan says the company is “very Australian”.

“We’re close to 300 people and we keep getting bigger and bigger,” he says.

Having humble beginnings as a startup, Envato’s CEO Collis Ta’eed has endeavoured to keep the company’s startup culture.

“When ideas come to fruition, our CEO creates teams to go after those ideas, so we’re all talking about different features,” Chan says.

“We try and launch these features ASAP so we can get feedback and iterate on it, it’s a great environment.”

Envato employees also have the opportunity to work from anywhere in the world, be it their bedroom, the office or Alaska.

Focusing on the users

He attributes Envato’s growth and success to the focus the company puts on their community and authors.

“We’ve got a forum that the large majority of our authors contribute to and give feedback on,” Chan says.

“We launch our products and they give us feedback right away which we iterate on, we see ourselves as a big ecosystem.”

Envato also has a category where authors can upload products that do not fit in any current marketplace category.

The company looks at what’s being uploaded and works on new ideas from that, as Chan says, getting “ideas coming from the community is a lot quicker than coming up with them ourselves”.

Chan believes the best thing for new startups to do is to discover the needs of your customer.

“Find out what customers want and quickly iterate on it, it’s not rocket science,” he says.

“I see a lot of startups focusing on building the best ever product and ignoring the community aspect, which is absolutely critical.”