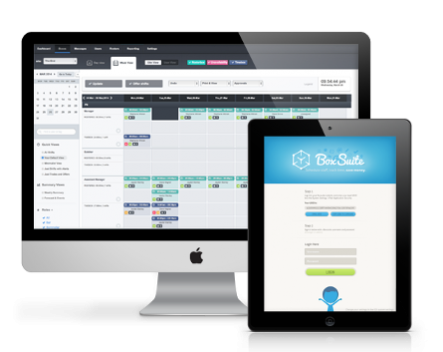 Managing staff is set to become easier thanks to a Melbourne-based tech startup.

BoxSuite, a cloud-based rostering system, aims to boost productivity in the workplace thanks to a simple and easy-to-use interface that can be used by both small businesses and international corporations from any location.

Founder Jeremy Scott came up with the idea for the startup after working as a general manager for a large company. The business employed a lot of transient workers, and Scott says he went looking for new software because his rostering system broke all the time and was very expensive.

“It was either going back to old hardware or spreadsheets,” he says. “I thought in today’s day and age there needs to be a better way of doing things. It was a real niche and not much out there.”

The startup has already gained a couple of thousand users and was developed in partnership with digital agency Loud &Clear. BoxSuite requires no software installation and Scott says it is highly flexible and can be used by a team of 10 people or even workforces of 40,000-50,000 in different timezones.

“It’s fully customisable,” he says. “We had a mandate to keep it simple and intuitive but powerful.”

Scott claims BoxSuite increases productivity by speeding up the rostering process and reducing the time it takes to backfill shifts.

“There’s an intuitive communications engine in the application,” he says. “It basically takes out the manual requirements where management and staff have to talk to one another. It deals with the most pressing items and all staff or managers have to do is say yes or no to things instead of picking up a phone or sending out text messages.”

Looking ahead, Scott says the business will be looking to increase its user base and marketing efforts. His advice to fellow entrepreneurs is to start small and not bite off more than you can chew.

“Be realistic with your scope,” he says. “It’s better to be simple and deliver than full-featured and never get there. There’s a perception everything comes easy in the startup tech industry when nothing could be further from the truth.”