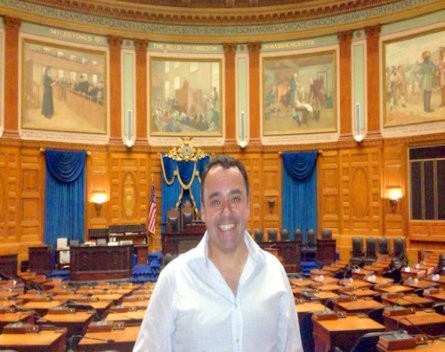 Melbourne University is coordinating a program to connect high-quality IT students to internships at leading start-ups over the summer university holidays.

The Tin Alley program will pair five Melbourne University undergraduates with local start-ups to get a feel for what running their own tech company looks like.

The program will be coordinated by Miguel Wood, who is also the founder of DataDragon.

Wood told StartupSmart the program was designed to encourage more university students to explore entrepreneurship as a career and boost the tech start-up ecosystem.

“We should be encouraging entrepreneurs as a genuine career path for computer students. This gels with the broader start-up issue of feeding existing companies and helping them grow,” Wood says.

“It’s important to support start-ups that are close to success or already are, because that’s how we encourage new start-ups to come into the community.”

Wood says they hope to include more universities next year.

“As we grow and build the hunger within the community to take on paid interns, we’ll be able to unite all the other Melbourne universities, and eventually scale Australia-wide,” Wood says.

Start-ups can now apply to pitch to students, who will apply online. Students likely to be successful are those who can demonstrate initiative beyond their existing studies.

IT start-ups registered as Australian companies based in Melbourne are eligible to apply. They need to be revenue positive or have raised capital, and be able to demonstrate a need for an intern, and have a defined role or project for them.

Applications close August 28, and the successful start-ups will be notified on August 30.

Slutzkin, the general manager of website marketplace Flippa, told StartupSmart the program could have a powerful impact on encouraging students to work for start-ups or launch their own.

“When I was a computer science student, I only ever thought about working for NAB or Accenture or IBM because they were visible on campus. But I’ve ended up working for a start-up with 15 people, and I love it a lot more than a big company,” Slutzkin says.

He said giving students exposure to start-ups was a way to drive growth both in the tech start-up ecosystem and Australia.

“This will put the start-up idea into their heads and that’s a really good thing. There is so much talent out there that gets sucked into big companies, and they don’t do anything super exciting and innovative,” Slutzkin says, adding that Australia’s future economic growth won’t come from NAB increasing its growth by a few percentage points, it’ll come from tech start-ups that take off.

The selected start-ups will pitch to the students on September 3. They will be able to interview a shortlist of candidates. The internship matches will be announced September 25.