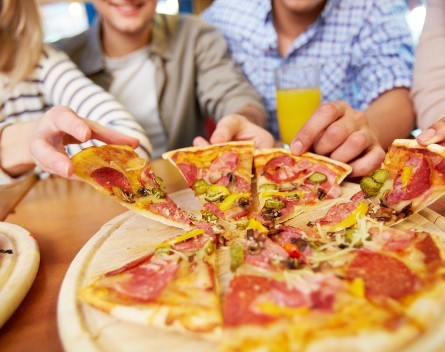 Home delivery service Menulog has come under fire from customers on social media forum Reddit after one customer claimed he was offered a $15 food voucher to remove a negative review he posted about a pizza restaurant he ordered from using Menulog.

While online home delivery platforms such as Menulog and EatNow are growing in popularity in Australia, the response from fellow Reddit users suggests this customer’s experience is not an isolated case.

Reddit user “seanomccool” said on Wednesday they reviewed a restaurant on Menulog last month after receiving “an expensive, shitty pizza”.

“I left a review saying the good and the bad,” said seanomccool. “It was an extremely fair review.”

But seanomccool said they were contacted by Menulog this week, who asked, on behalf of the owner of the pizza restaurant, if the review could be removed in exchange for a $15 credit at the restaurant.

“I said, quite simply, no. I will not,” says seanomccool, who followed up the phone call with an email to Menulog expressing their disappointment:

“I used Menulog over services like Delivery Hero/UrbanSpoon because I trust and believe the reviews left by customers. I didn’t realise merchants could effectively buy an increased average rating.”

“I don’t blame the girl from Menulog who called me, she was doing her job. But frankly, I find it a completely unethical business practice that Menulog would facilitate this kind of deception of its customers.”

At the time of publication, more than 140 comments had been left on the Reddit post, with a number of others indicating they too had been offered free food in exchange for taking down negative reviews by restaurants on Menulog.

Private Media contacted Menulog but did not receive a response prior to publication.

Social media specialist Catriona Pollard told Private Media it is “unethical to pay for positive reviews or for people to remove negative reviews”.

“It’s really murky water,” says Pollard, who says asking people who post negative online reviews is likely to encourage them to post their experience on social media sites such as Reddit, and so it is “defeating the purpose”.

“What they are trying to do is eliminate negative reviews but there needs to be some strategy in place,” says Pollard.

“Annoying people who are savvy online is not a clever thing to do.”

Pollard says many businesses are struggling to deal with negative online reviews, with a US hotel also coming under social media fire this week when it attempted to fine guests $US500 ($A537) for posting negative reviews.

Pollard says it is usually customers who have either had a very positive or very negative experience who will post reviews online, but it is important for businesses to “encourage those people in the middle spectrum to leave reviews as well”.

She says it is about creating a “culture of reviews”, which will then create a true image of your company and products.

“And reward people for taking the time to leave a review, give them incentives,” says Pollard.