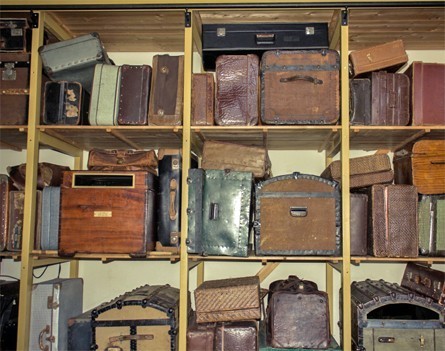 Spacer, the latest venture from Deals Direct co-founder Michael Rosenbaum, has launched, with $1 million of funding from angel investors.

The startup is a peer-to-peer and business-to-consumer marketplace for storage space. Individuals with free space, whether it’s indoors like an attic, or outdoors like a driveway or garden shed, can rent that space to people who need it.

After Deals Direct was acquired earlier this year, Rosenbaum spent a few months travelling around looking for inspiration for his next project. A visit to the United States where he attended TechCrunch Disrupt, saw him fall in love with the sharing economy. When he returned to Australia he set about creating Spacer.

According to IBIS World the self-storage industry in Australia is worth $754 million growing at 2.3%. There is already a number of startups operating in the industry in Australia, like Melbourne’s Boxly and Rocket Internet’s SpaceWays. However both are focused on the on-demand side of the market – connecting consumers with professional storage warehouses for a small fee.

“We’ve tried to localise the model for Australia. In the states there are quite a few startups in the on-demand storage space, and I think that’s fantastic for really densely populated places like New York,” Rosenbaum says.

“The beauty of our model is that everybody from property managers, commercial landlords to your average John Smith has space that can be used to create income. Through Spacer we seek to better utilise assets that exist in our community whilst providing space renters with a more affordable and convenient storage in their neighbourhood.”

Spacer verifies all the users on its platform, offers a property and goods guarantee, and manages the billing process. Hosts set the terms that relate to access. For example, they can agree to the renter putting their own locks on a garage that’s being rented, or the renter can agree to chaperoned access.

Rosenbaum is bullish on the prospects of the sharing economy. He’s also an investor in pet-sitting marketplace MadPaws, which raised $1.1 milllion last week.

“I feel like the sharing economy is very much at stage that e-commerce was when we launched DealsDirect 10 years ago,” he says.

“It’s a great opportunity. Our vision is to build the number one marketplace for space. While currently our focus is a peer-to-peer offer, there is great potential to take this into new categories and markets.”