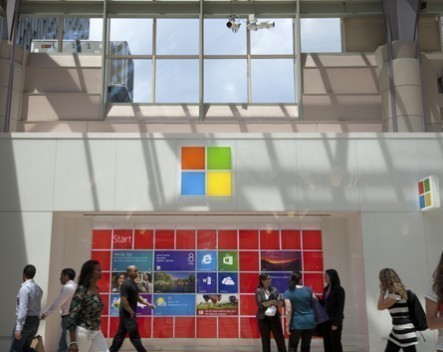 A former employee has filed a gender discrimination lawsuit against tech giant Microsoft, claiming the company unfairly favours men for pay and promotions.

The proposed class action lawsuit, brought about by former technician Katherine Moussouris, is based on Microsoft’s policy of ranking its employees to determine wages and promotions.

As Reuters reports, Moussouris claims she was passed over for promotions that were eventually given to less-qualified men, and says women are routinely given lower ratings through this system because of subjective criteria.

“Microsoft systematically undervalues the efforts and achievements of its female technical employees,” Adam Klein, one of the lawyers representing Moussouris, told Reuters.

The lawsuit is seeking to represent any female Microsoft US technical workers since 2009, and damages could exceed $5 million.

In the lawsuit, Moussouris also claims she received a low bonus in retaliation for reporting sexual harassment.

Gender discrimination and a lack of diversity is a huge problem in the tech industry, and most of the big companies have recently been releasing internal statistics and pledging to do better.

Microsoft had the lowest number of female employees compared to all the other big tech companies that released stats, with women comprising only 24% of its workforce.

Microsoft replied to the lawsuit in an email to USA Today.

“We’re committed to a diverse workforce, and to a workforce where all employees have the chance to succeed,” the statement said.

“We’ve previously reviewed the plaintiff’s allegations about her specific experience and did not find anything to substantiate those claims, and we will carefully review this new compliant.”