Microsoft changes its logo after 25 years: Here are three lessons you can learn 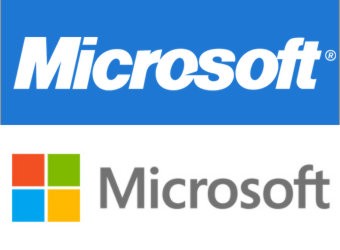 Global tech giant Microsoft has updated its logo after 25 years in a bid to reflect the company’s ever-growing product portfolio, highlighting several logo lessons for start-ups to take note of.

The new logo, which will be used as of today on the Microsoft website and in three stores, features a square containing four smaller squares in the company’s signature red, blue, green and yellow shades.

The makeover marks the first time Microsoft has revamped its logo since 1987. According to Microsoft brand strategy manager Jeff Hansen, “now is the perfect time for a change”.

1. Get your timing right

Rather than launch a new logo all by itself, Microsoft timed it with the release of a new wave of products, giving it more meaning.

“This is an incredibly exciting year for Microsoft as we prepare to release new versions of nearly all of our products,” Hansen said.

“From Windows 8 to Windows Phone 8 to Xbox services to the next version of Office, you will see a common look and feel across these products.”

“This wave of new releases is not only a reimagining of our most popular products, but also represents a new era for Microsoft, so our logo should evolve to visually accentuate this new beginning.”

Only a few companies have designed logos that don’t incorporate their business name. Apple and Nike spring to mind.

Despite being one of the world’s richest and best-known companies, Microsoft has always ensured its name is clearly visible in its logo.

The new logo includes the Microsoft name in the Segoe font, which is also used in products and marketing communications, thus creating consistency.

“The new logo, in Helvetica italic typeface, has a slash between the o and s to emphasise the ‘soft’ part of the name, and convey motion and speed,” Baker said at the time.