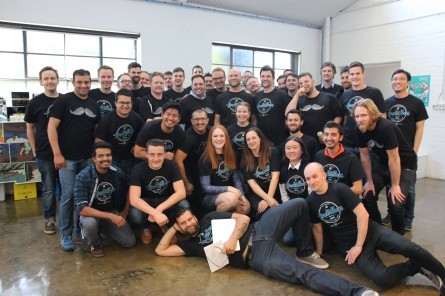 Men’s health charity Movember wants to move beyond moustaches to attract donations all year-round, and has turned to an age-old startup tradition to do so.

The foundation, which sees donations peak at the end of November each year, partnered with Melbourne-based digital marketing firm IE to run a hackathon over the weekend.

It was an effort to make Movember a more sustainable charity, IE brand and marketing manager Jessica Box says.

“Hackathons are about intensive ideas creation that can be used as stepping stones to transformation,” Box says.

“There’s a lot of donor fatigue that’s happening so to reinvent how people engage with Movember is really important.”

The event was supported by Victorian minister for small business, innovation and trade Philip Dalidakis, who opened the event on Friday night.

Nine teams took part over the 24-hour event and were judged according to criteria such as ingenuity, commercial viability and prototype quality.

The winning pitch came from a team called MoDo that recommended the charity use crowdsourcing to raise donations and was judged by a panel including Movember Foundation technology head Byron Hill.

“It’s stepping beyond the friends and family donation model and going to a place where people can do good for Movember all year round.”

The MoDo team will now get to share their idea at Movember headquarters in the US as part of a prize that also includes a trip to the 2016 South by Southwest festival in Austin, Texas.

Hill says the crowdsourcing idea might not have been generated had it not been for the hackathon.

He also praised the social conscience of those taking part.

“Movember is such an amazing cause that it gave the hackathon a sense of purpose and connectedness,” Hill says.

“There was a lot of emotion in the room because of that connectedness.”