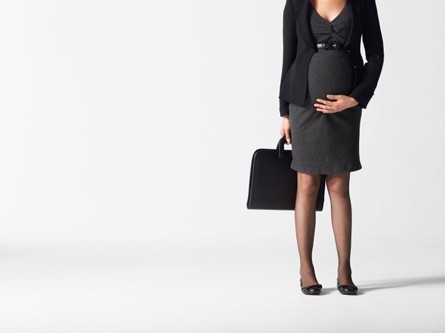 Wojcicki, who Forbes recently named one of the 10 most powerful women in the world, alongside the likes of Hillary Clinton and Angela Merkel, recently took her fifth paid maternity leave from Google.

“So what we found, and I just went through this so I felt like I had the same experience, you’re more ready to come back to work when the kids are a little bit older,” she says.

“You’re sleeping better, they’re sleeping better, they’re getting closer to eating real food, instead of just you, and milk. So I thought about it on day 10, and I could barely walk, you’re barely sleeping, you’re very sore. And you’re homes are readjusting. I thought, what would happen if I had gone back to work on day 10. I thought I’d quit, that’s what I would do, because I wouldn’t be able to do that.

“The really sad thing in the US is a lot of women don’t have that choice.”

Google has found that since increasing its maternity leave program from 12 weeks to 18 weeks in 2007, the rate at which mothers left the company declined by 50%.

It’s these sorts of policy changes, which aim to foster a more supportive working environment, that are required to bridge the diversity gap in tech, Wojicicki says.

She also blames misconceptions about the industry for reducing the number of women entering technology, and low diversity figures for pushing out those that do.

“If you look at the number of women who have degrees in computer science, it’s less than 20% right now in terms of graduating from US universities,” she says.

“And then I think it’s a retention problem. Women who come into tech are more likely to leave. Whenever you have an environment that’s a majority of something, it’s hard for the minority.

“But I think there are other things. I think computer science has, incorrectly, got a reputation that’s not completely accurate and that’s scared away a lot of women.

“This is a field that’s very creative, there’s lot of opportunities, you get to work with groups and teams, you get to build products and change the world. These are all things that should be interesting and attractive to women and diverse audiences.

“I think (computer science) should be a required course for everybody when they’re going to school. Just like we take biology, and chemistry, and physics.

“That’s one way to address the issue, suddenly, instantly, everyone has access and is digitally literate.”