Music wasn’t better back in the day – and neither was life! 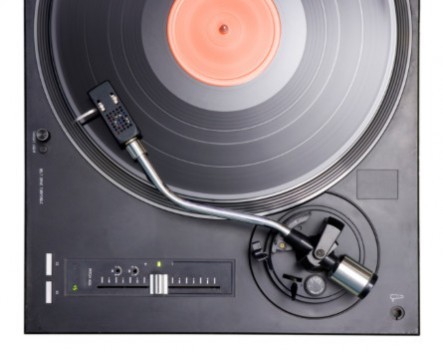 Like a caged animal, your humble correspondent was stuck in the waiting room. It was torture!

The plain white walls! The shag-pile carpet! The pile of worn gossip magazines that hadn’t been replenished since 1987, stacked high against a dust-covered fake pot plant!

Surely keeping anyone – let alone a paying customer – in such a condition is a crime against humanity!

But the worst thing was the music playing on the stereo. The announcer bellowed: “The greatest hits of the ‘80s, ‘90s noughties and now!” What followed was pure aural torture: Justin Bieber, One Direction, Miley Cyrus…

“It wasn’t like this in the good ole days, Sonny Jim Crockett!” Yours truly exclaimed to anyone within ear shot of the torture chamber. “Why back in the ‘90s, we had grunge! And alternative! It was a verifiable musical Nirvana! Of Rage Against the Machine! Nine Inch Nails! And Alanis Morissette after a nasty breakup! Tori Amos when she was angsty, rather than just pretentious! It was a far better era for music, why…”

Yours truly suddenly had a flashback to actually watching Video Smash Hits back in the ‘90s. New Kids on the Block. Radio stations playing nothing but Macarena remixes for a whole year. Ace of Base. Aqua. 5ive. S-Club Seven. N Sync. Backstreet Boys. Bloodhound Gang. Vanilla Ice. Not just Britney, but the endless clones of Britney. Including the horror of Mandy Moore singing Candy!

“Why, what I meant to say is the ‘80s were the best era for music! Bruce Springsteen, REM, Prince and U2 all at their peak! You had your Traveling Wilburys bringing together George Harrison, Bob Dylan and Roy Orbison! Jacko was bad – a real thriller – and still black! Madonna was young! Metallica actually played metal! Back when people said ‘wow, Dave Mustaine’s really insane’ and they were referring to an awesome guitar solo, not an interview! It was… it was…”

It was another flashback: This time back to tuning between KZ-FM, 3XY and 3TT and finding they were all playing endless marathons of Phil Collins’ Sussudio followed by Illegal Alien by Genesis! That’s when there wasn’t a triple play of the Eurythmics followed by Annie Lennox’s solo band and Dave Stewart’s solo hit Lily Was Here.

By the way, Michael and Janet weren’t the only Jacksons recording albums – oh no – it was Rebbie and Jermaine and Tito and LaToya too! So too did Mark “Jacko” Jackson!

Even Warwick Capper got a solo album! And Bruce Willis! And Hulk Hogan! (Don’t look up that ungodly abomination to music – you have been warned!) Even the Chicago Bears NFL team had The Superbowl Shuffle!

Then there were the glam metal bands – Ratt, White Snake, Twisted Sister and the like! And you know what made those mass produced pieces of garbage sound slightly tolerable? Yet another slow ballad by Huey Lewis, that’s what! And I haven’t even mentioned Debbie Gibson or Tiffany yet! Darn right we’re not gonna take it anymore!

What more could be said? Plenty. Tiny Tim. Disco Duck. Muskrat Love and everything else by The Captain and Tennille. Minnie Riperton’s Loving You. Leif Garrett. Donnie and Marie Osmond. Oh, and anyone who argues the ‘70s were a perfect era for music against the Taskmaster will be forced to listen to Morris Albert’s Feelings until they either give in or go insane.

Music and business are a lot like life. You think things were better in the past. In reality, you’re just looking back through nostalgia-filtered lenses that somehow filter out the worst of the garbage.

Get it done – in the future!