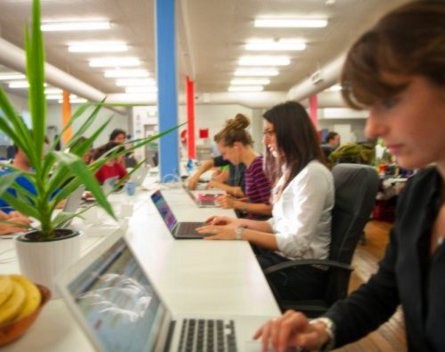 Everyone from politicians to large corporates are embracing hackathons, and now NAB is getting in on the act.

After announcing a partnership with Australia’s largest coworking space Fishburners earlier this month, NAB will be holding a fintech hackathon there in November.

The NAB Hackathon Challenge will involve entrepreneurs, developers and designers attempting to create an innovative answer to one of two broad questions:

While the advantages for NAB being involved with projects like this are obvious, Fishburners general manager Murray Hurps says it’s also a chance for entrepreneurs to discover new problems that need solving.

“Startups will only target markets they’re aware of, and often aren’t solving problems because they just aren’t aware of the opportunities,” Hurps says.

“It’s a pretty incredible time at the moment, and I’m extremely proud to be partnering with NAB on this initiative.

“It’s hard to imagine a better first customer for a startup, and it’s great to see an organisation that genuinely wants to help new startups get off the ground.”

The winning team will also have the chance to commercialise the idea with NAB and receive mentoring.

It seems like a whole bunch of corporates are quickly trying to jump on the startup bandwagon, but Hurps says NAB is partnering with the sector in the right way.

“I’ve seen a lot of corporate innovation programs, and NAB’s really is unique,” he says.

“They’re not just trying to find ideas. They’re not working in a bubble.

“They genuinely want to support new startups to help them deliver better experiences to NAB customers.”

Applications are now open for the NAB hackathon.